When an iconic pattern/print takes over your creative mind, really fun things can happen. Sure they aren’t for everybody, but maybe just a little takeaway from this room of crazy can help you decorate your holiday this year. Maybe just wear one of my Pom Pom Bandanas from the Yum Yum Smile Shop or make a bandana ornament, or wear a vintage bandana print jumpsuit, or make a bandana backdrop, or bandana up the ends of your fireplace logs, or sew festive stockings. It’s not all or nothing here…but all is really kind of great! 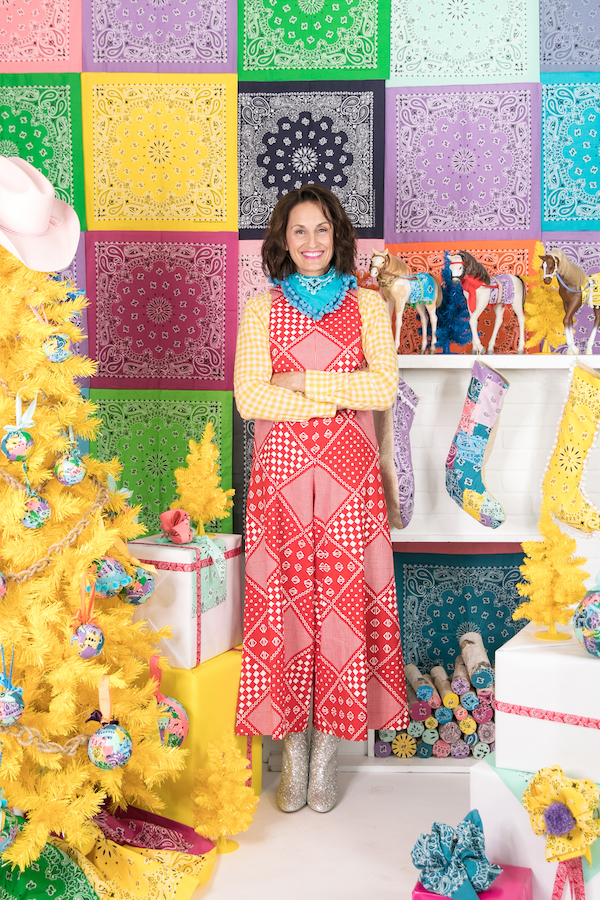 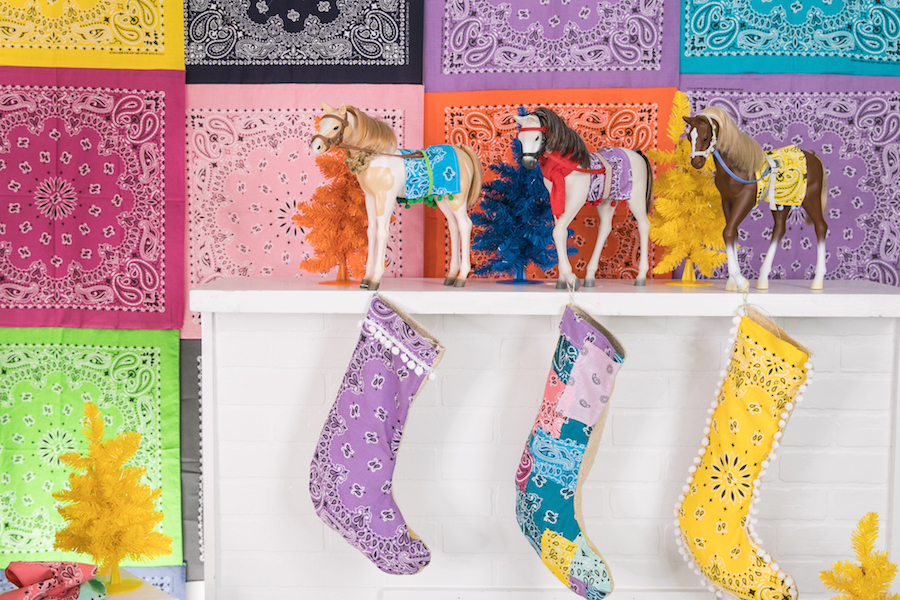 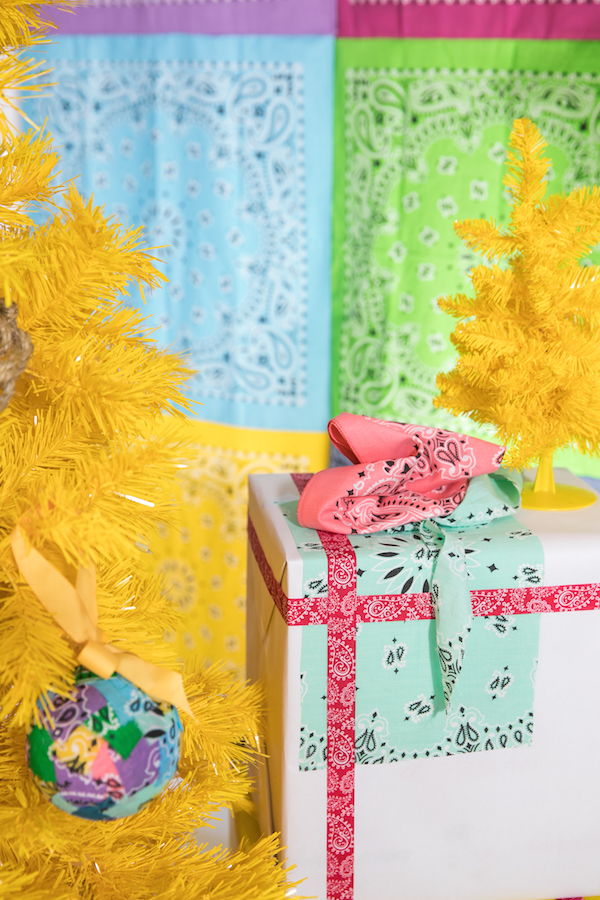 On our packages, we used a bandana printed ribbon and festooned the gifts with blocks of bandana scraps and loose bandana “bows”. 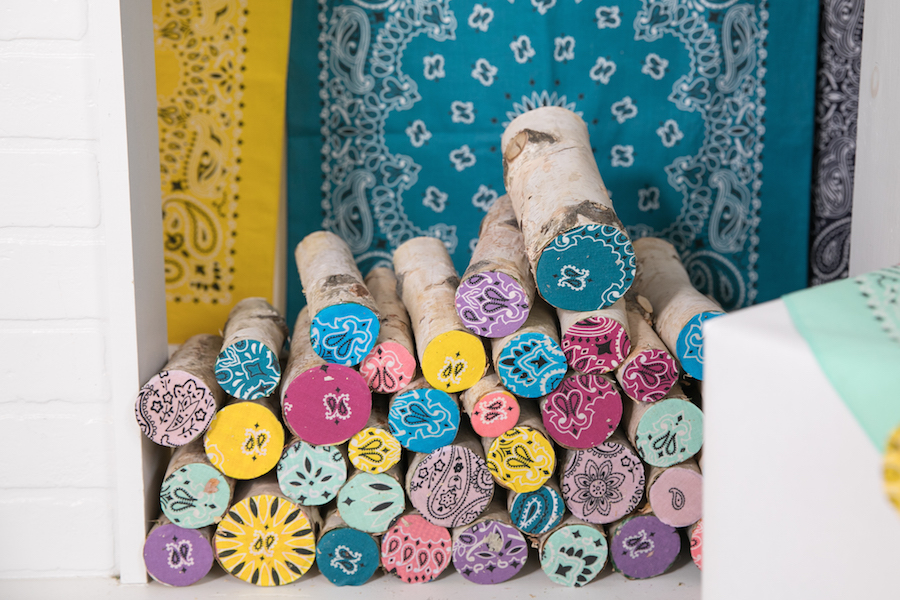 If you have a non-working fireplace like we do in the studio, have some fun with it. We decoupaged the ends of birch logs with colorful bandana scraps.
Maybe you like gingham better? Check this video out. 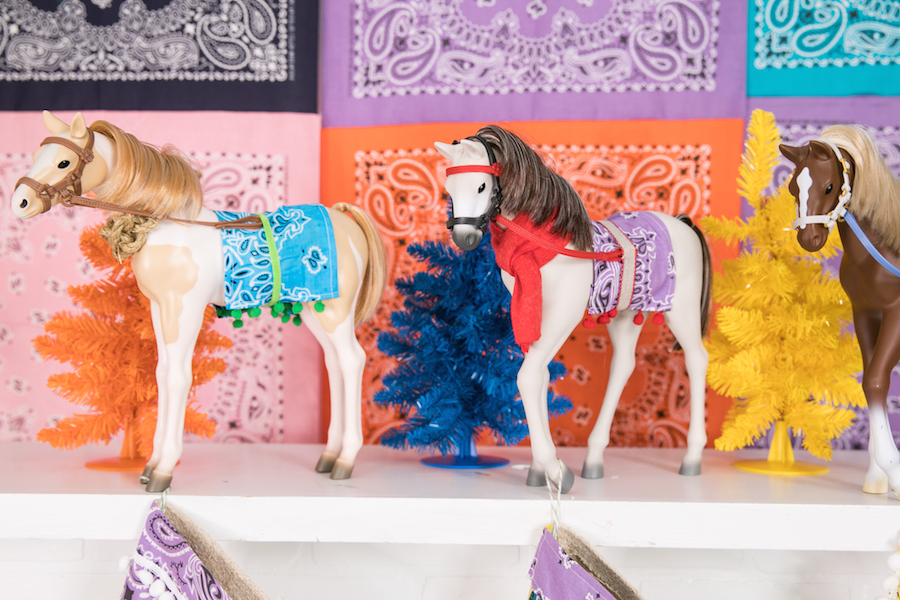 And a Bottle of Rum Dinner for Garden and Gun Jubilee

It’s an honor to be asked to play any part in the annual Garden and Gun Magazine Jubilee, but to be pegged to design, cook and co-host one of the private dinners was a true thrill. This video is a little recap of the event.

My crew and I cooked six seatings over two nights with 5 course meals at each seating. The meal was based on the rum distillation process and the event design was a nod to my time spent as a chef on yachts in the French West Indies.

When guests arrived, they were first served a rum cocktail “above deck” before being escorted “below deck” to be served dinner in the galley with the crew. It was an exhausting and magical two nights with the most amazing guests. My team danced, sang and crushed the meals and service at each seating. Thank you Garden and Gun for allowing me to bring a little French Savannah up north to Charleston. Thank you to David, Candace, Matt, Ashley and Josh for working so hard your legs ached and smiling the whole way through it.


Check out the menu here!
Garden and Gun Jubilee with Libbie Summers (menu)

Happy Boxing Day…here’s a “sucker punch” present for you! 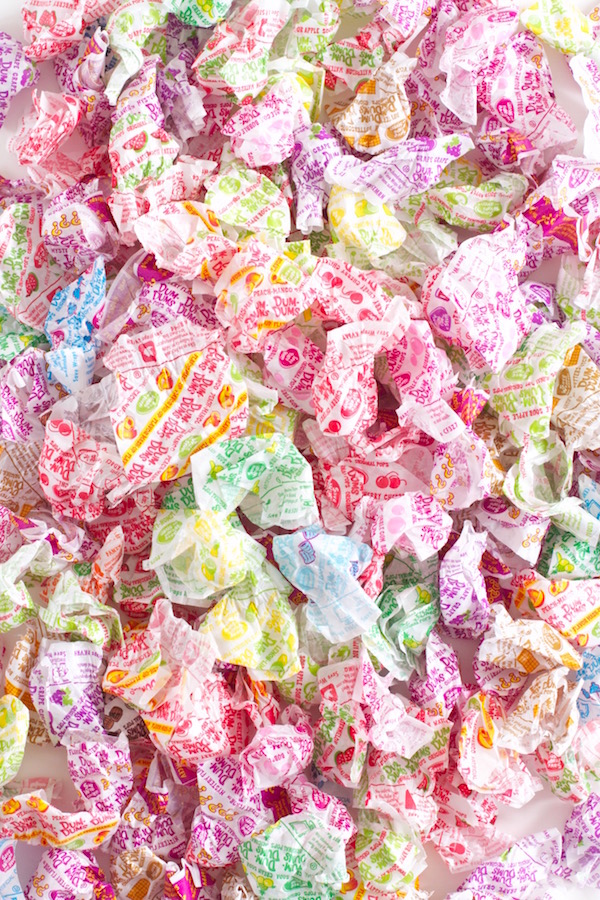 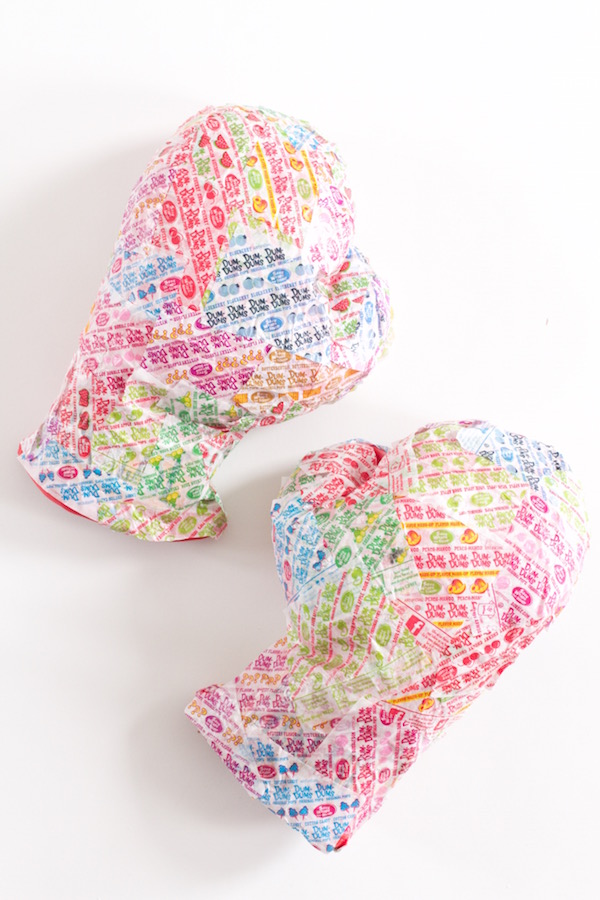 My holiday decorating is always inspired by something…usually a food or memory from my youth. Here are a few of my recent trees and the inspiration that made them a reality! 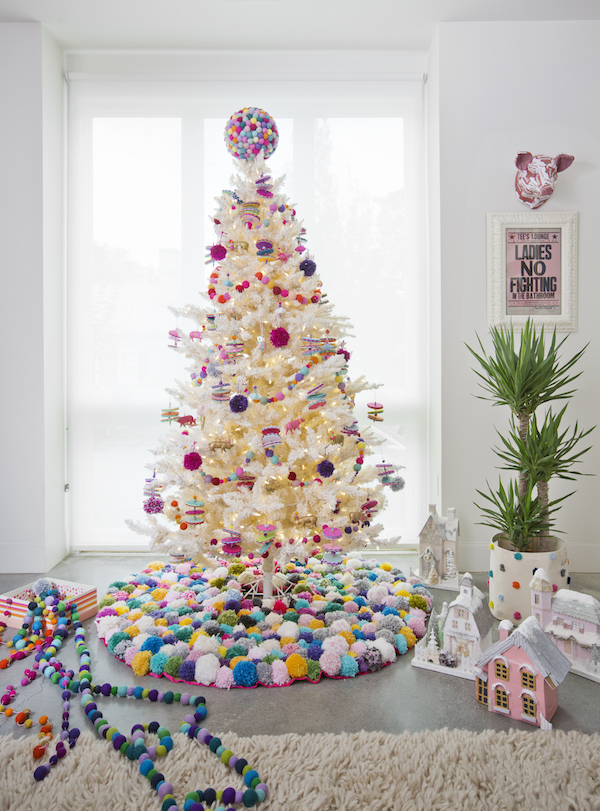 Photography by Chia Chong
This was truly a candy colored christmas!
Get the DIY for this amazing pom pom tree skirt HERE!
Love the felt ornaments? Get the DIY HERE!
GARLAND GALORE!! Get some of my favorite garland DIY’s HERE. 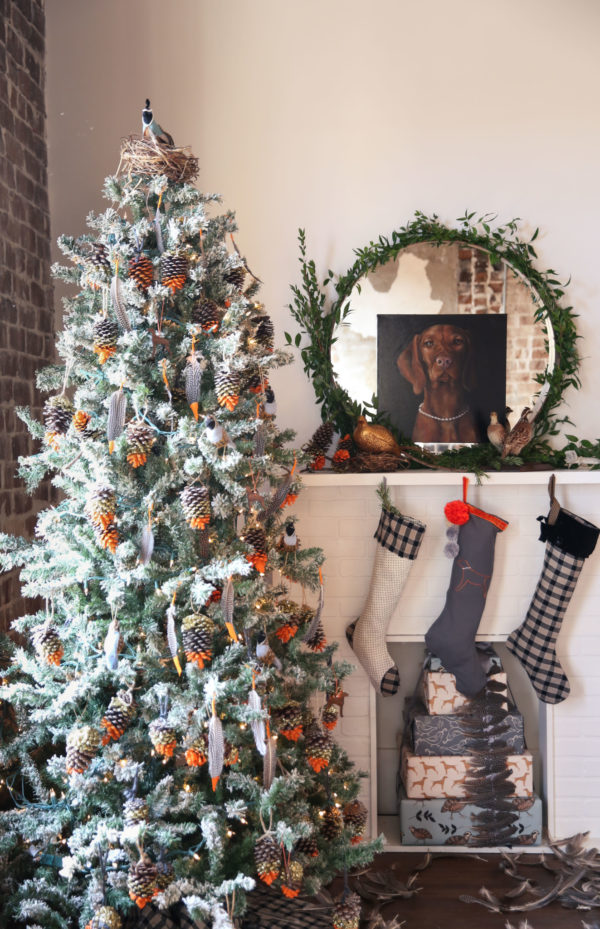 photo by Teresa Earnest Photography
Love these blaze orange dipped feather ornaments? Get the DIY HERE.
Feather Garland got you gobsmacked? Get this and other gift wrapping ideas HERE.
Bird Dog Stockings? So many stocking ideas HERE. 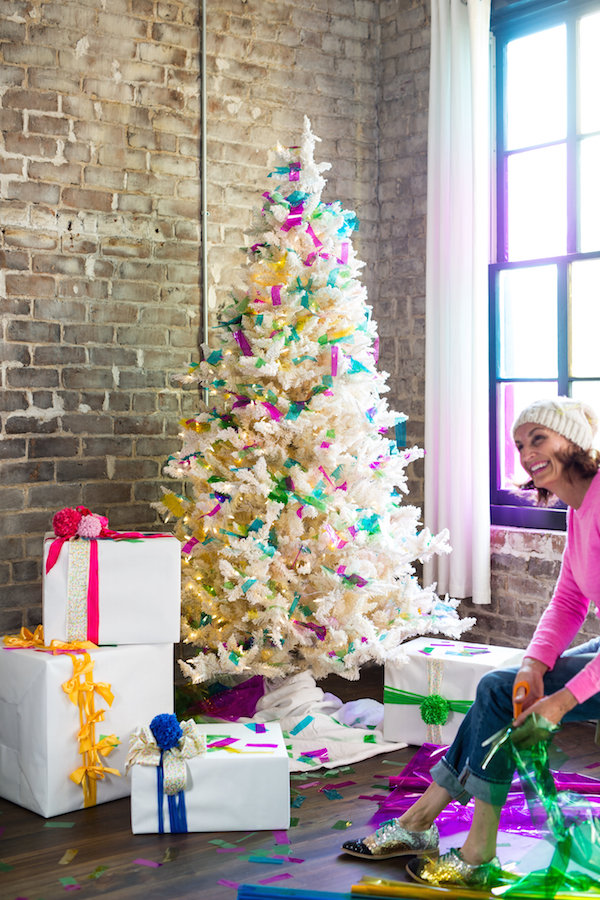 Photography by Teresa Earnest Photography
Do you love sprinkles like I do? Check out my cool new custom sprinkle line HERE! Which is your favorite?
Make your own sprinkle-inspired ribbon! Get the DIY HERE. 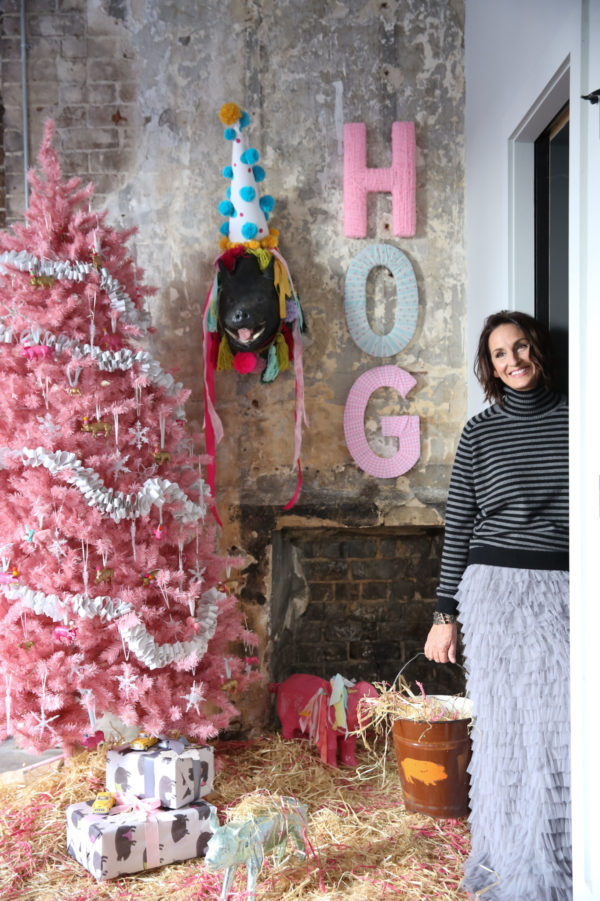 photography by Teresa Earnest Photography
Obsessed with the party pig ornaments as much as I am? Get the DIY HERE.
Want a front row seat to the pig part? Watch the fun video HERE. 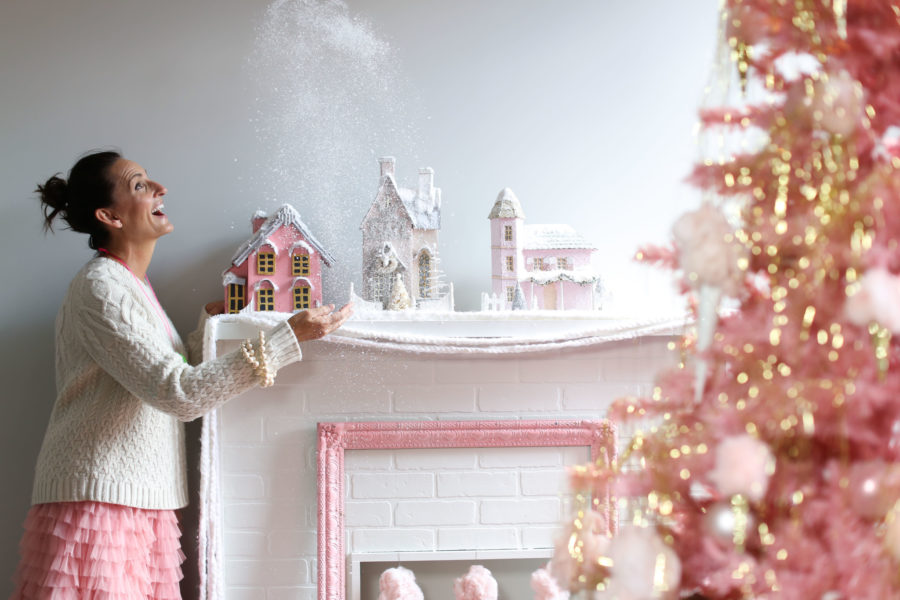 Photography by Teresa Earnest Photography
Obsessed with the cotton candy ornaments like I am? Check them out HERE.
How About a Cotton Candy Cocktail for your holiday party? Get my recipe HERE.

What Inspires you holiday decorating? I’d LOVE to know!!

If you have a roll of butcher paper or kraft paper on hand, you’ll never run out of handmade gift wrapping paper! Here are a few of my go to gift wrap favorites! 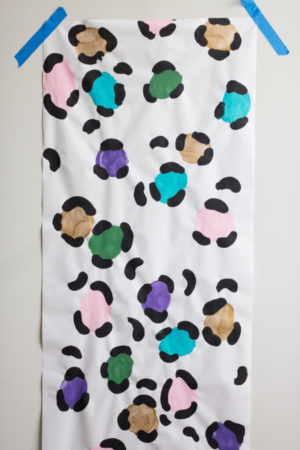 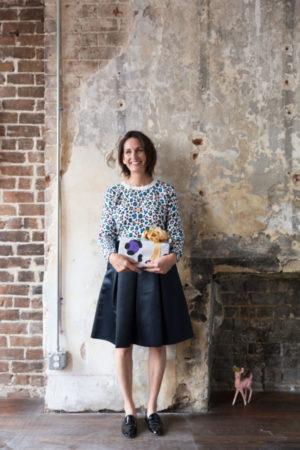 A colorful leopard print painted on butcher paper. Watch how I made it here! 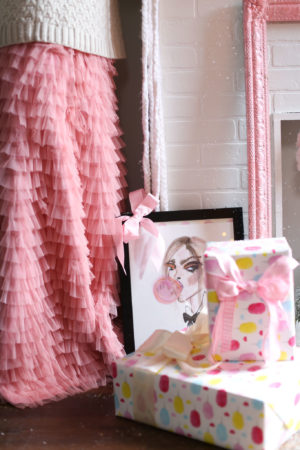 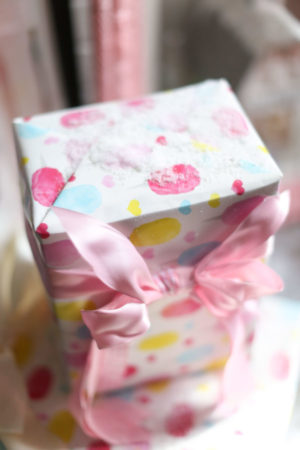 Cotton Candy was the inspiration for this holiday scene, so cotton candy gift wrap was a must! (paper from Spoonflower) 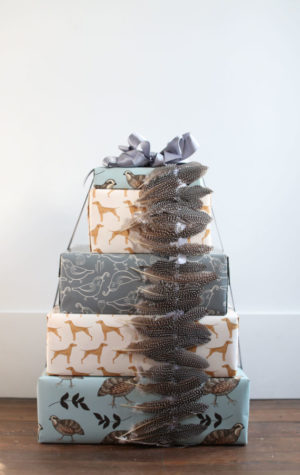 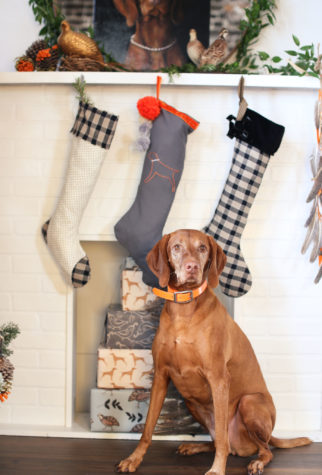 Make it special and add your own ribbon made of quail feathers (I used a sewing machine to
sew quail feathers onto a length of grey satin ribbon) Quail and Vizsla printed  paper from spoonflower. 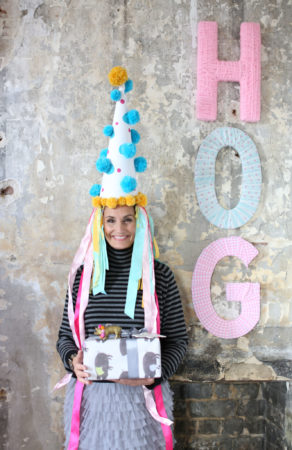 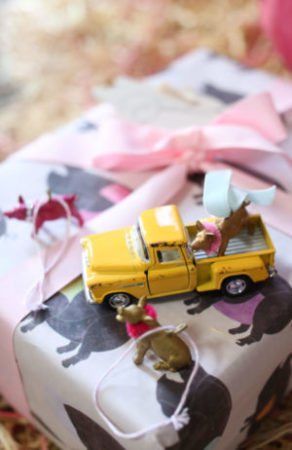 I scanned the artwork from the case of my first cookbook, The Whole Hog Cookbook, and had it printed at my local
large format printer. 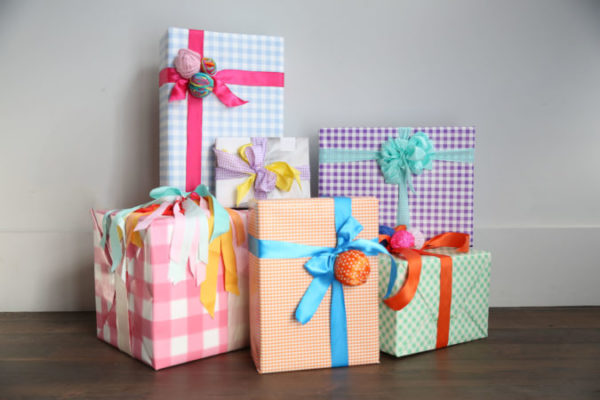 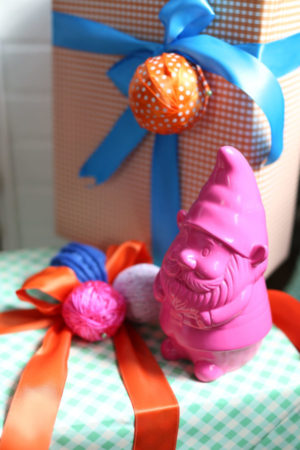 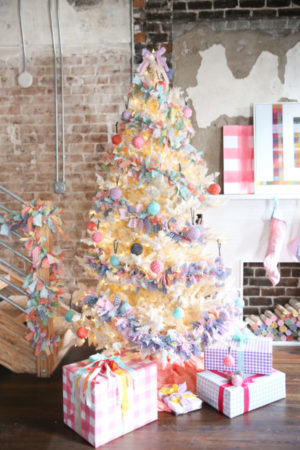 Gingham wrapping paper in all the colors of the rainbow were the perfect look for this holiday tree! (paper from Spoonflower). 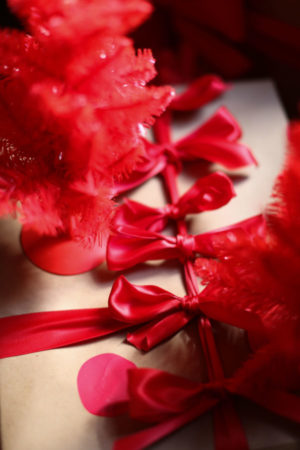 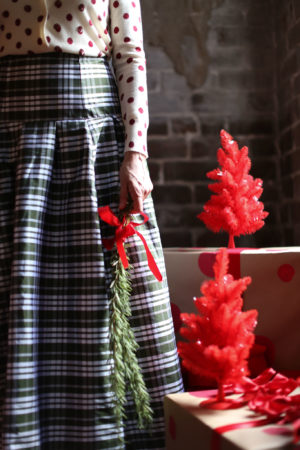 Kraft paper painted with large red polka dots and tied with tons of red bows in a line.