Our dog Maggie Jo (aka The Bitch) is a member of a private quail preserve in Savannah. We are lucky enough to take her there to work a few times a week –never shooting over her, just exercising her nose and her legs. This past October there was a certain red fox we would often see on the trails back in the woods. He was a small fellow in stature, but large in flamboyancy. Mr. Fox, as we started calling him, would sit in the middle of the trail until he knew we had seen him, and only then would he scurry off. It was a brave show of bravado.

After seeing Mr. Fox for the third time, I couldn’t get him out of my head and had to add an element of foxy to my holiday. These three papier-mache fox heads are in honor of him.

I hope I get to run into Mr. Fox again this fall. 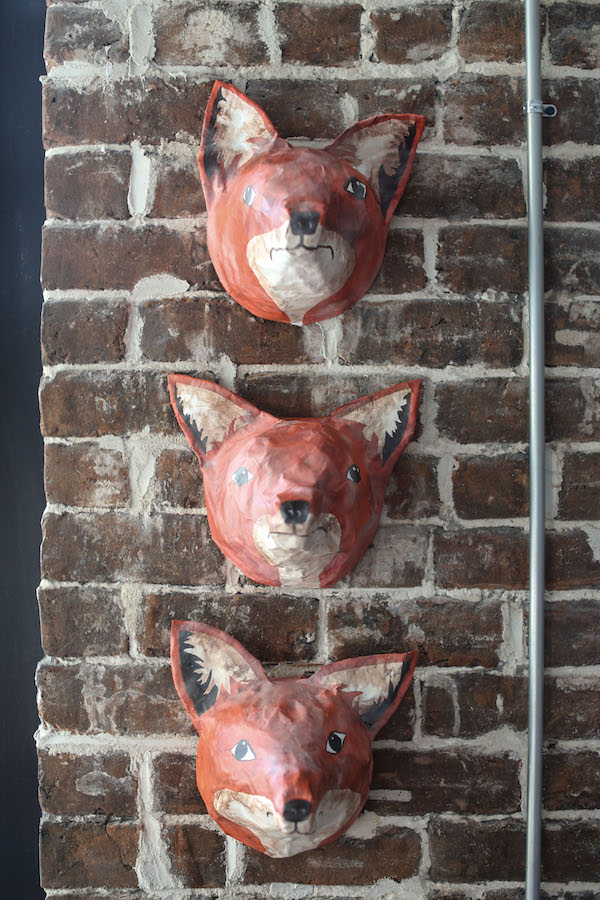 photo by Teresa Earnest Photography
What you need:
Cardboard for the mount
Newspaper
Masking tape
Modge Podge or watered down glue
Pencil (for sketching face)
Craft paints (we used white, black, orange/red mixture and burnt umber)
Spray acrylic sealer in matte finish
What to do:
Step 1.
Cut a round piece of cardboard the size of the head you would like to make (if your cardboard is too thin, cut enough rounds to make it firm). This will also be the mount. Ours was 10-inches in diameter.
Step 2.
Start forming the basic shape of the head with balls of newspaper and masking tape. 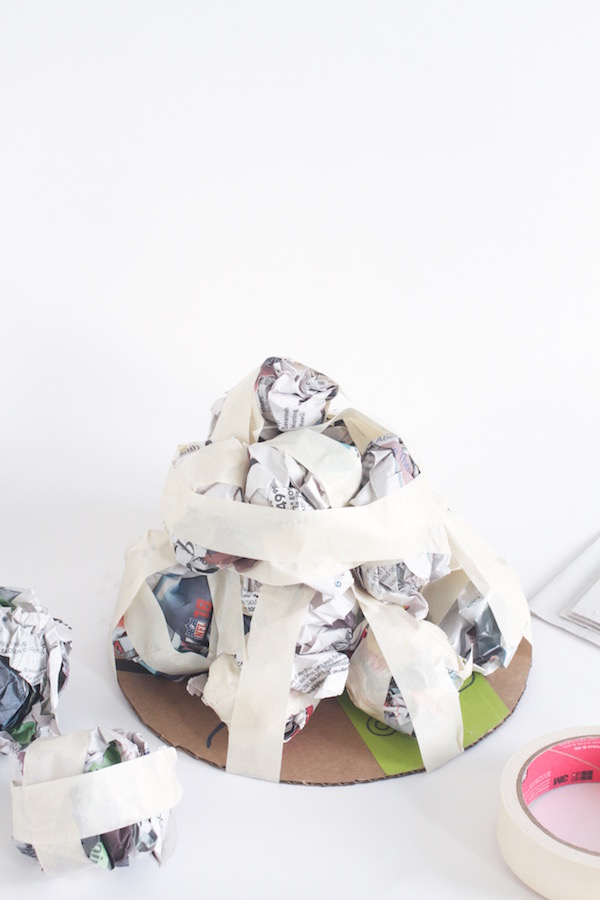 Step 3.
Continue using more and more masking tape to shape the head. The ears were made by taping on cut outs of thin card board. 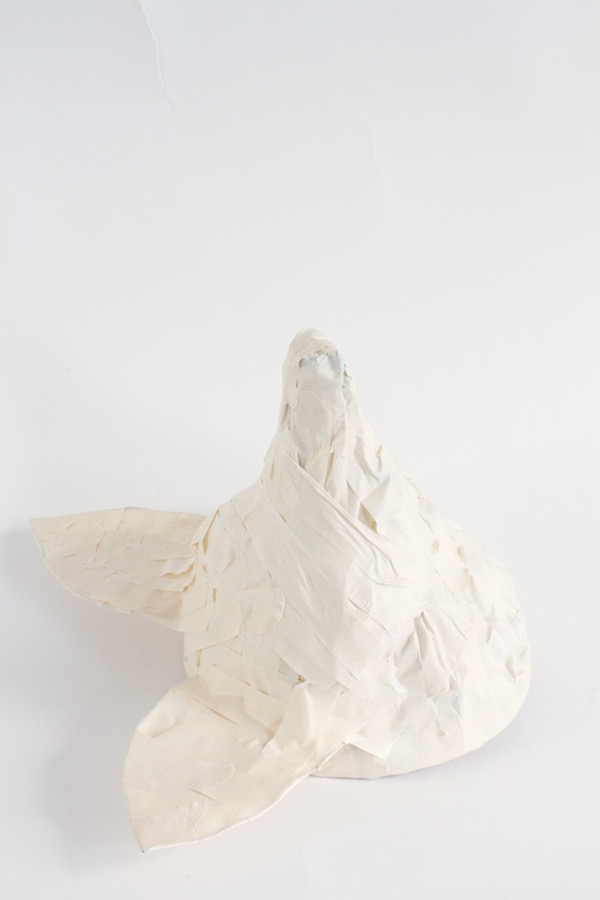 Step 4.
Once you have your general shape. Cut strips of newspaper and use modge podge or watered down glue to cover the head…smoothing out the rough spots as you go. (Fun side note: At this point David and I laughed that our fox looked like a pig! So we mad the nose more long and pointy…more “fox like”.) 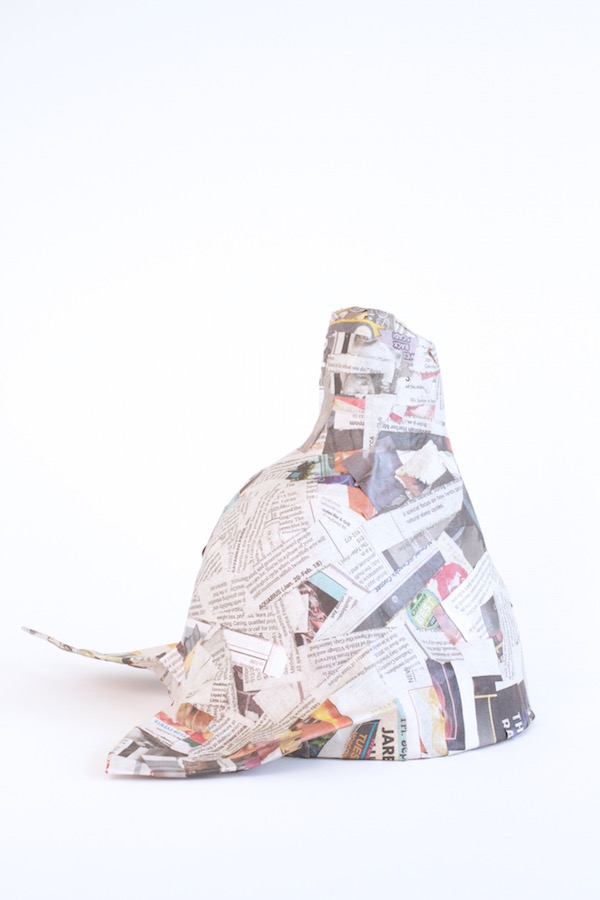 Step 5.
Use white craft paint to cover the entire head (we did two coats) and let dry. Use a pencil to sketch in the areas to paint. 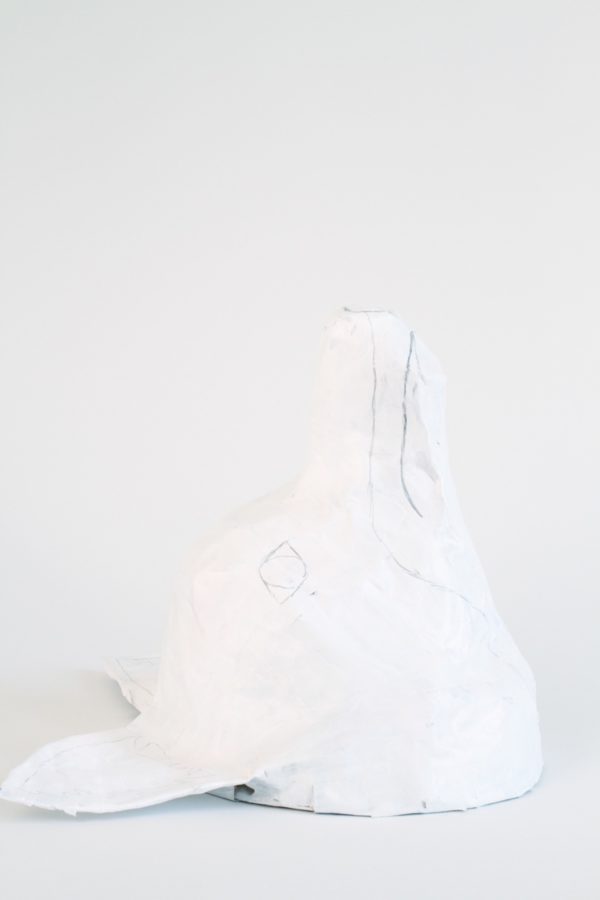 Step 6.
Once the painted head is dry. Spray with the sealer in a well ventilated area. Attach a hanger on the back (we used heavy duty velcro) and hang! 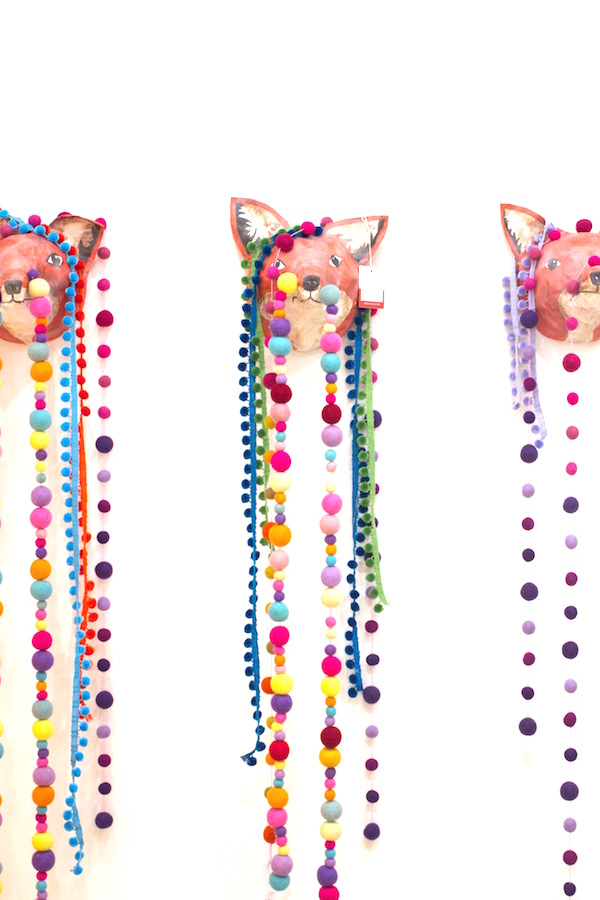