Words and styling by Libbie Summers
Photography by Anna Heritage

Hans had a counterfeit accent, invented pedigree and the ability to make anyone wearing lace underwear fall in love with him. During the summer of my freshman year in a shared floating house on a Midwestern lake Hans played the role of eccentric boyfriend to my best girlfriend, Lulu.

One month into their courtship and thirty days into the hottest season on record, I had spent just enough time around Hans to know he was always full of shit and sometimes full of surprises. When his wardrobe for a certain Saturday night double-date dinner at a fancy restaurant consisted of green football pants, black pilgrim shoes, a corduroy blazer with suede elbow patches (“like a professor in a movie” he said), no shirt AND a pith helmet…it was no surprise. When he conveniently removed himself from the dinner table moments before the bill arrived…it was no surprise. Seeing Hans sitting outside the restaurant’s front door wearing only the first layer of clothing he had put on that evening (a very-telling blue and white cabana striped Speedo) as he serenaded the exiting patrons –his pith helmet now upturned and overflowing with small bills…now that was a surprise. 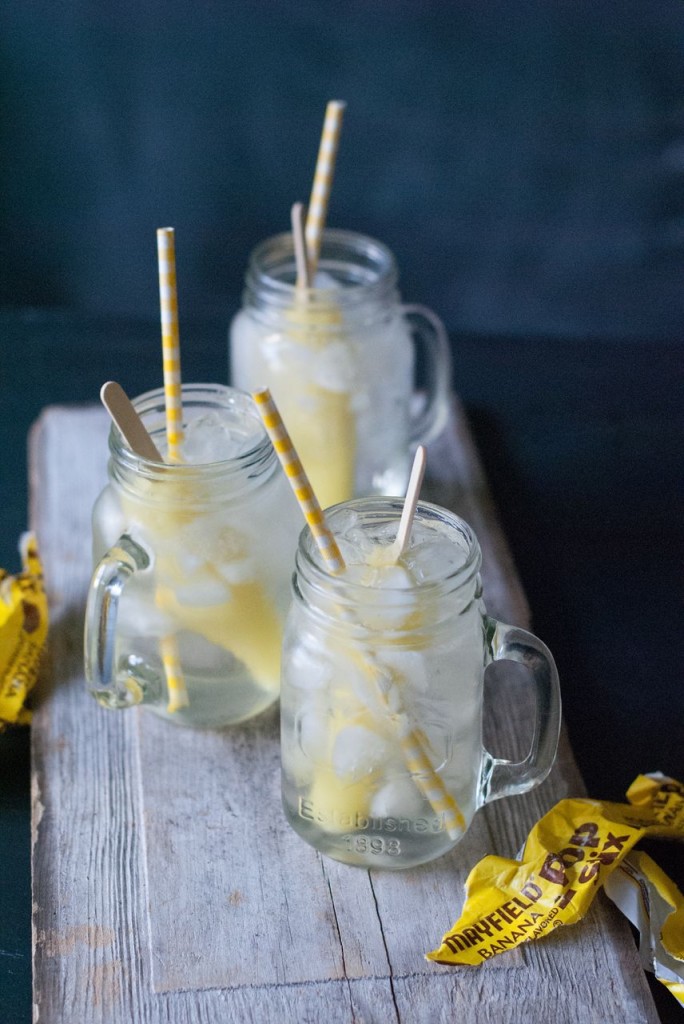 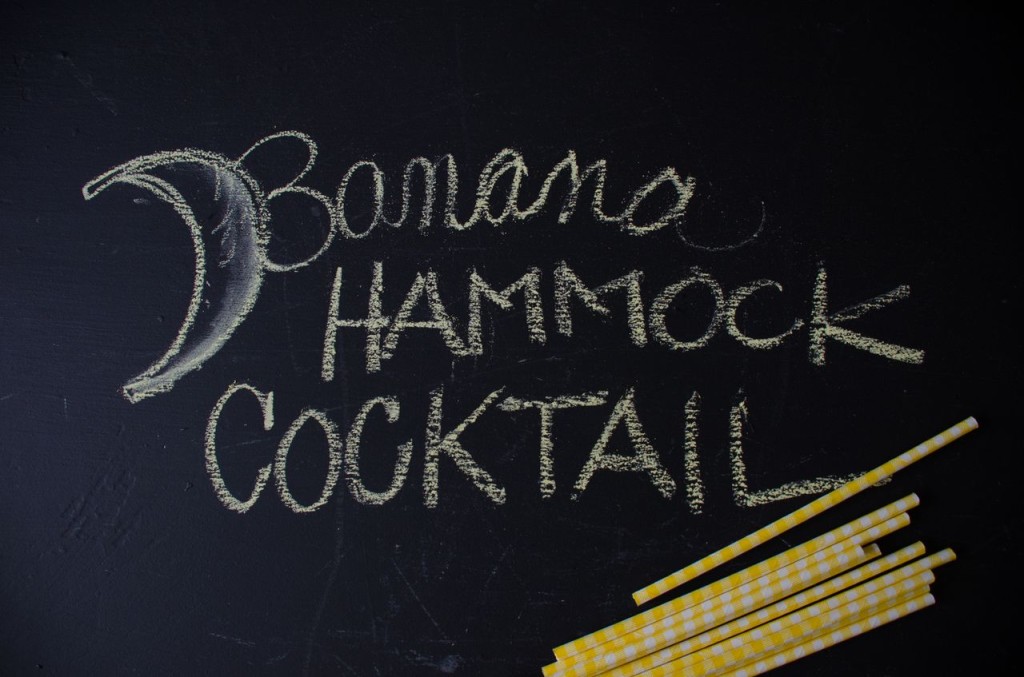 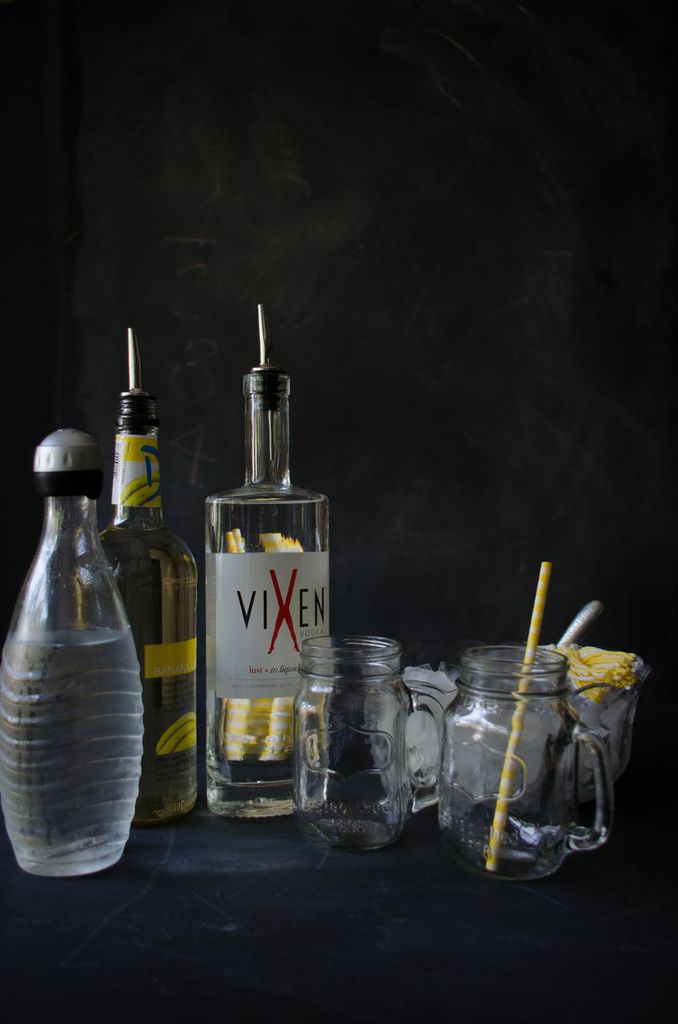 Directions: Fill a tall glass halfway with ice. Add vodka and liqueur. Top with seltzer and stir. Drop in the banana pop and a straw!