I’ve been making this rum laced egg nog for years. One particular holiday party, I rented an old-fashioned bubble drink machine and filled it with the eggnog so my guests could help themselves! I thought it would be so fun and look cool bubbling away on the table…BIG mistake…BIG. You see, the cream just kept frothing and frothing until it eventually became an eggnog volcano spewing all over the dining room floor. As I remember this was well into the party and no one cared one way or the other!

So this year, forget the whiskey and opt for this thick rich eggnog that’s quick to make and laced with the most wonderful dark Bermudan rum…just don’t put it in a bubble drink machine. 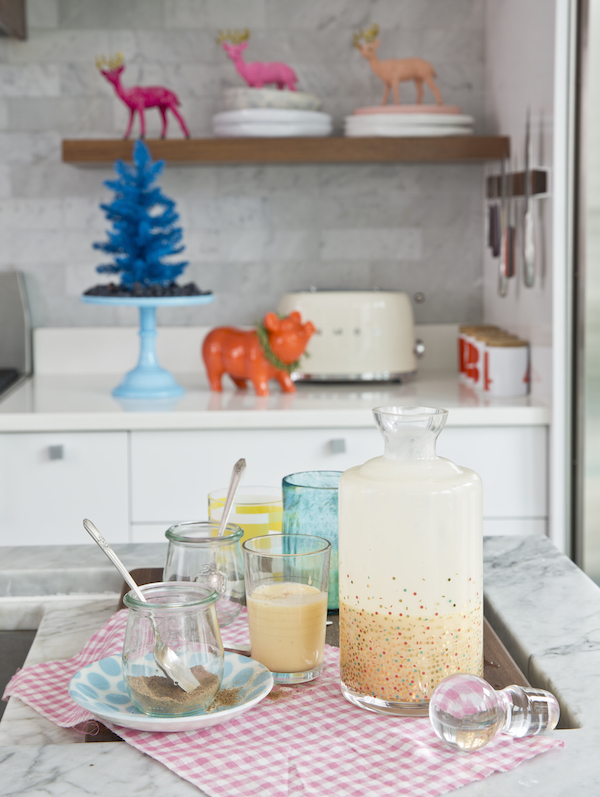 What to do:
In a large bowl, or bowl of a standing mixer, beat the egg yolks until just starting to lighten in color. Gradually add 1/3 cup sugar and beat until thick and light and the sugar has completely dissolved. Whisk in the milk, cream, rum, vanilla and 1/4 teaspoon grated nutmeg.

In a separate large bowl, whip the egg whites until have reached a soft peak. Add sugar and beat until stiff peaks form.

Fold egg whites into egg yolk mixture. Place in refrigerator and chill for 30 minutes, stir again and serve with grated nutmeg for garnish.