Grandma had a sunporch that was nearly falling off the southeast side of her old farmhouse. Each year, after the late-summer cucumber harvest, a rickety shelf running along the ceiling of the sunporch was lined with jars of the most unnaturally green sweet pickles a child could imagine. The same nuclear green pickles could be found in the refrigerator, for the grandkids to help themselves to. It was not unusual to be playing ball outside each summer and notice the players on both teams had green-stained fingertips. When I ate my first hot dog in Chicago, I finally came face to face with another relish as green as Grandma’s. I was relieved to know my grandma wasn’t the only crazy green pickle maker in the nation. Thank you, Vienna Beef. I’m forever grateful. 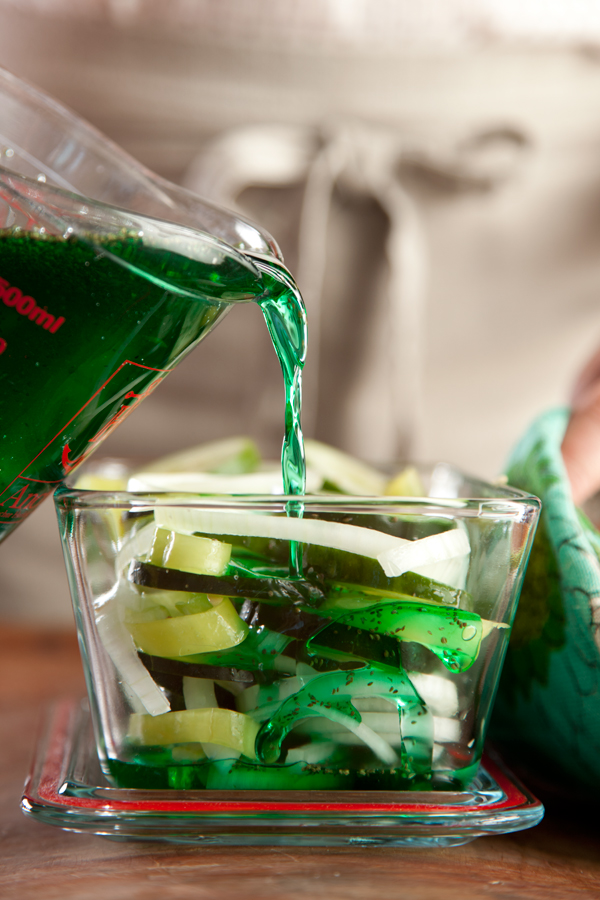 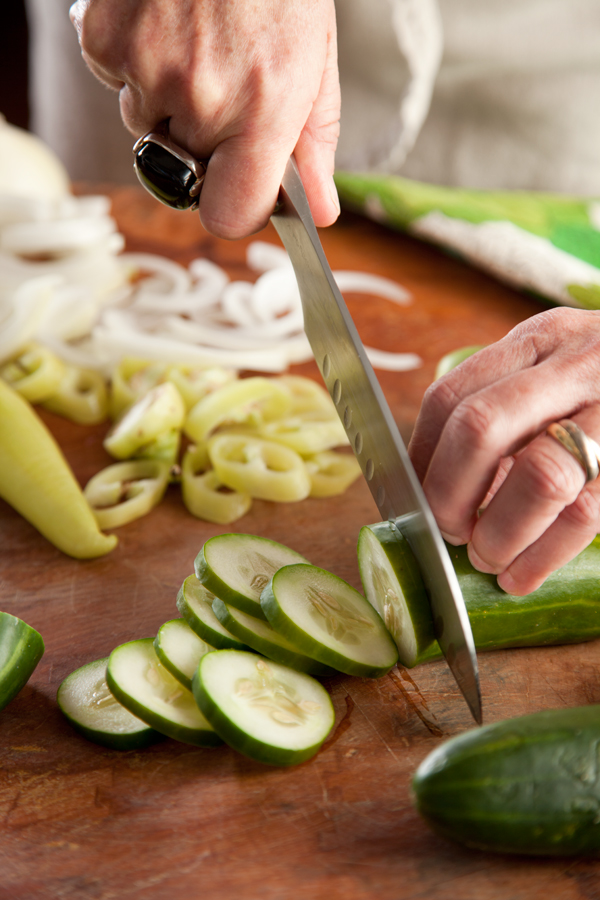 Slice the cucumbers and peppers into thick slices, and the onion into thin slices. 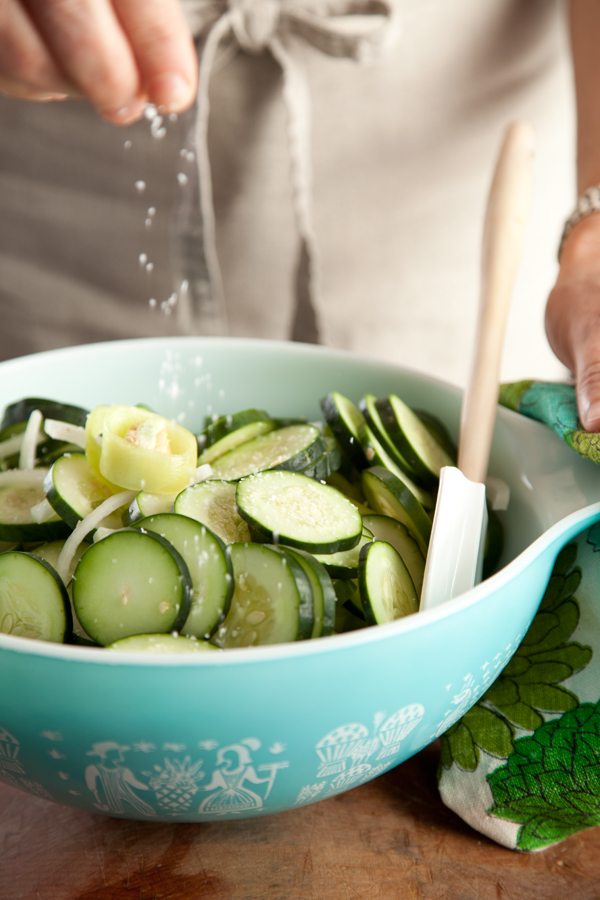 Put the sliced vegetables in a large mixing bowl and sprinkle with the salt. Toss to coat and let rest for 1 hour at room temperature. 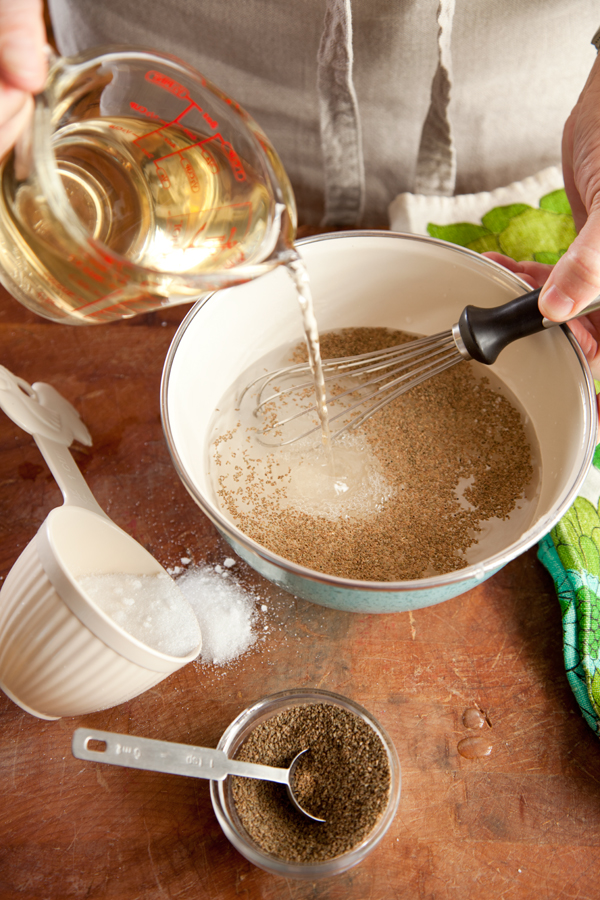 In a medium mixing bowl, whisk together the sugar, vinegar, celery seeds, and 1 cup water. 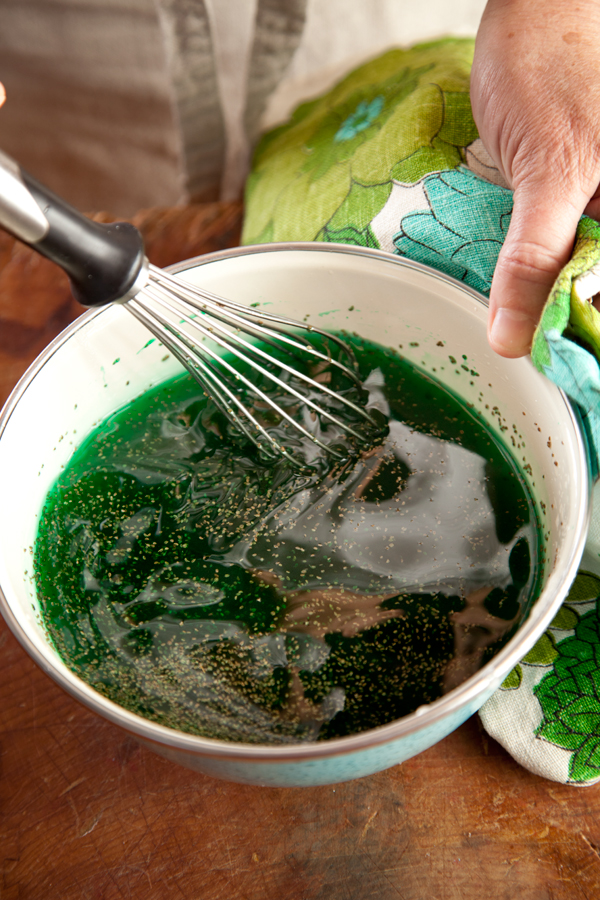 Add the green food coloring, if using, to the vinegar mixture. Whisk until the sugar is dissolved. 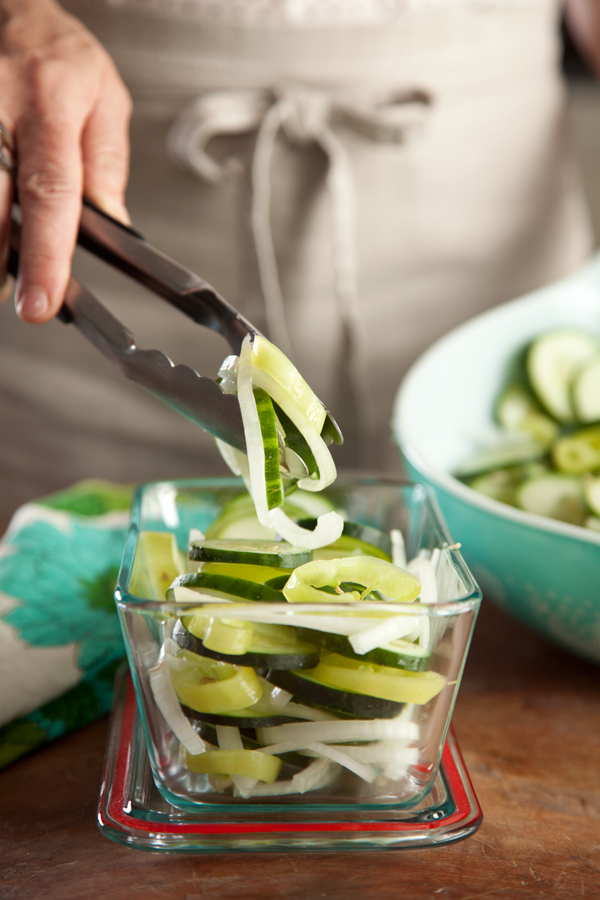 Transfer the cucumber mixture to 2 clean quart jars or other glass containers.

Pour the brine over the cucumber mixture, cover, and refrigerate for 2 days before eating. 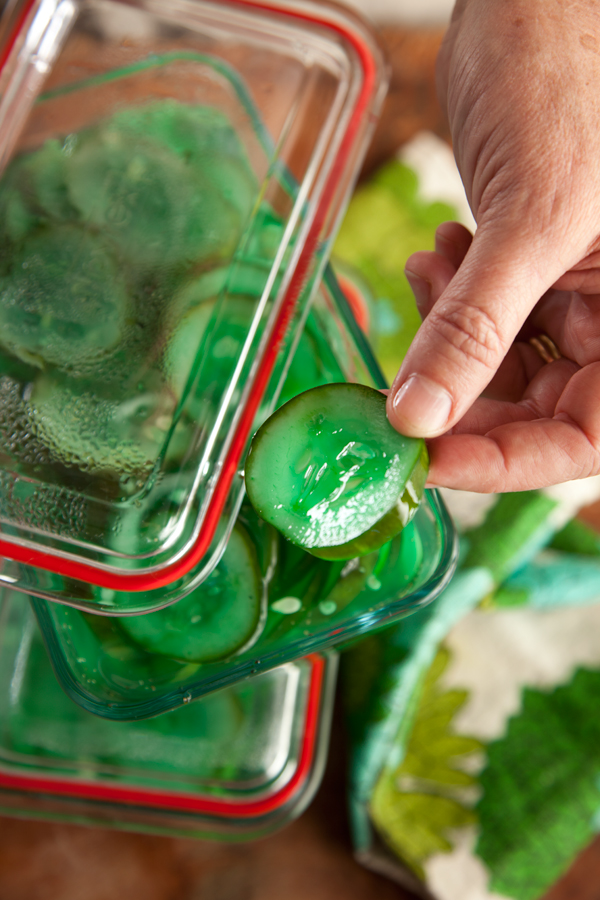 Pickles are ready to eat. They are best when eaten within 2 weeks.