By Libbie Summers from Sweet and Vicious –baking with attitude, Rizzoli
Photography by Chia Chong

Like babies and Southern belles…not all pies are made to be entirely sweet. 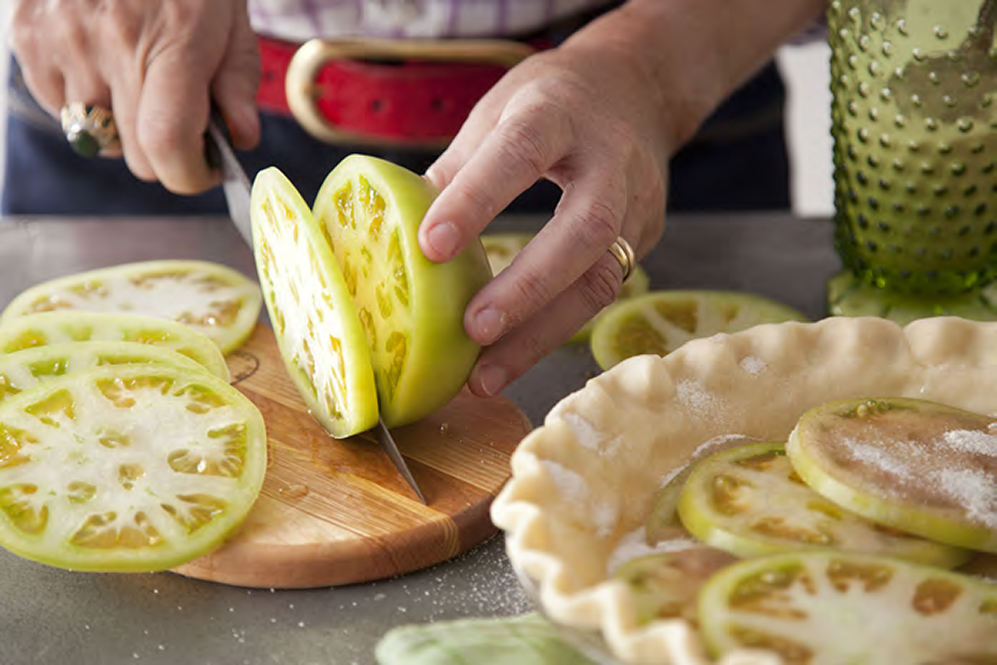 In a small mixing bowl, stir together the granulated sugar, cinnamon, nutmeg, cayenne, and flour. Set aside.

On a lightly floured work surface, roll out the larger disc of dough to a 12-inch round, about 1⁄8 inch thick. Gently drape the dough into a 9-inch pie pan. (Draping is the key: You don’t want to push the pie dough into the pan; just let it fall naturally). Trim the dough to create a 1⁄2-inch overhang from the edge of the pie pan. (Kitchen shears are the best tool for this.)

Roll out the remaining dough to an 11-inch round, about 1⁄8 inch thick. Make decorative cut-outs with cookie cutters so steam can escape from the pie as it bakes. Center and drape the dough over the pie. Tuck the edges of the top crust under the bottom crust and crimp together in a decorative way (Get some great ideas for fun pie crimping HERE).

At this point, you can use any dough scraps to decorate the top of your pie. You are only limited by the scraps you have. Use some of the egg mixture as glue to adhere the dough scraps to the top crust. Make sure you have at least one hole in the top of the pie to allow steam to escape. Refrigerate the pie for 30 minutes.

Position an oven rack in the lower third of the oven and preheat the oven to 425° F. Line a baking sheet with foil.

Place the chilled pie on the baking sheet, brush the top of the pie with the egg mixture, and sprinkle with the turbinado sugar. Bake for 20 minutes. Reduce the oven temperature to 375° F and continue baking for 40 minutes, or until the filling is bubbling and the crust is golden brown. If the crust starts getting too brown before the pie is fully baked, cover loosely with foil. Remove from the oven and let cool completely on a wire rack before serving.

Stir the water into the flour mixture until a ball is formed. Work quickly and be mindful not to over mix. Form mixture into two equal disks. Cover with plastic wrap and chill for 2 hours. Dough will be a little crumbly. Refrigerate dough for 2 days or freeze for up to 3 months. 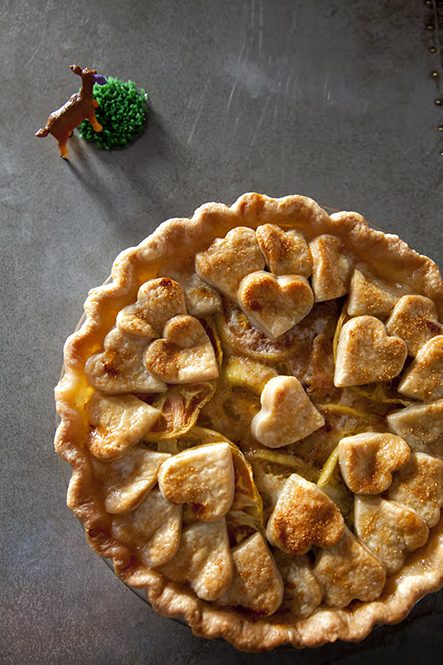