I own over two hundred cookbooks. I covet two. The author of both is Julia Child.

In a double boiler, heat chocolate, butter and espresso until chocolate is just melted (approximately 5 minutes). Remove the top pan containing the melted chocolate from the heat and set aside. Allow the water in the bottom pan to continue simmering.

Fill a large bowl with ice water and set aside.

Place a bowl large enough to nest securely on the bottom pan of the still simmering water of the double boiler. Whisk the yolks of the eggs with 2/3 cup of sugar, whiskey, and water until just barely thick (approximately 3 to 4 minutes).

Remove the whipped egg mixture from heat and place the bowl within the bowl of ice water and beat until cool and thick. Fold the chocolate mixture into the egg yolk mixture.

In a large mixing bowl, whip the egg whites with salt until frothy. Continue to whip until the whites begin to hold their shape. Add in the remaining tablespoon of sugar and continue to whip until thick and shiny, but not stiff. Add the vanilla and whip until combined. Fold the egg whites into the chocolate mixture just until combined (I like to do this with one half of the egg whites at a time). Transfer the mousse to a serving bowl or divide into individual serving dishes. Cover with plastic wrap and refrigerate until firm (approximately 6 hours).

Serve with a dollop of freshly whipped cream. 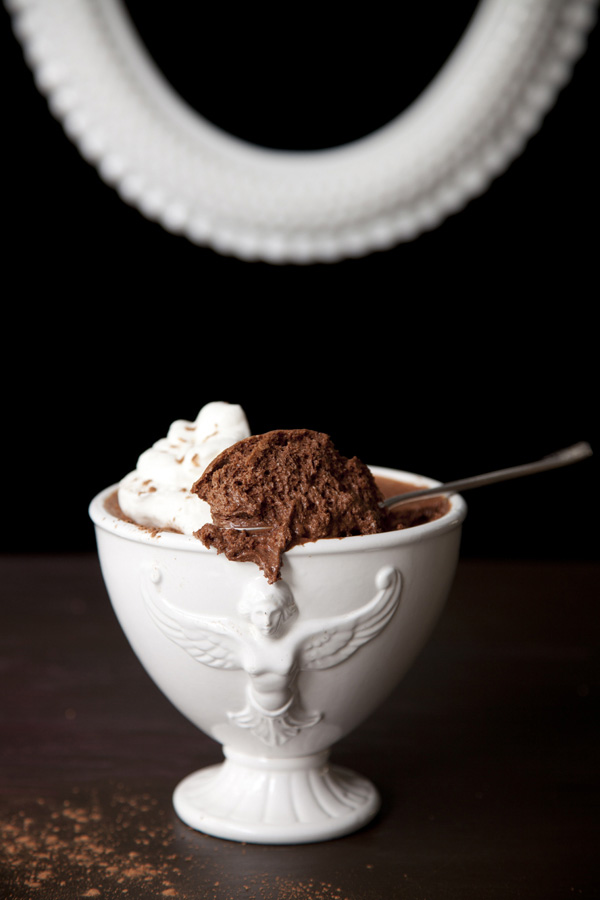