I think it was in fifth grade that I studied states and capitals. Each student’s final grade depended on an oral presentation about an “adopted” state. Our teacher wrote all the states on colorful pieces of paper and placed them in a goldfish bowl for us to choose. I picked Montana. It could have been worse; my friend Randy picked Idaho. I don’t remember much about the presentations aside from the Missouri one given by my classmate Paul, who had a talent for the theatrical. Paul donned a coonskin cap as he talked about Daniel Boone, then deftly removed the cap and taped on a white felt mustache as he read a poem by Mark Twain. The best part of Paul’s state performance was the German pretzel bread he passed around as he talked about Germans immigrating to St. Louis in the mid-1800s. The bread was the best thing I had ever eaten inside the walls of our school. Still warm from Paul’s book bag, it tasted like a thick slice of pretzel. I’ve been obsessed with it—and Paul—ever since. I hope Paul earned an A on his presentation. He deserved it for the bread alone. I’ll ask him the next time we talk. All these years later, Paul and I are still the best of friends. 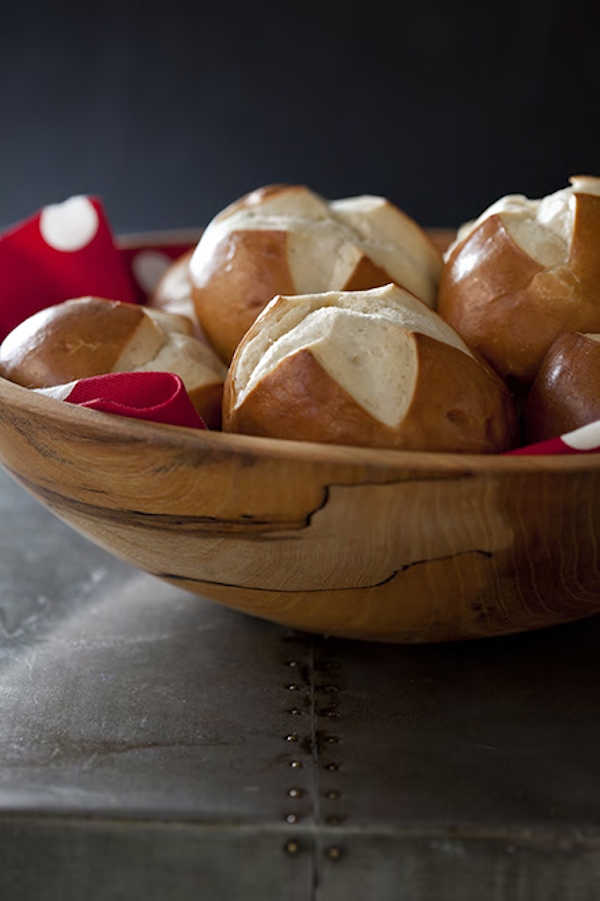 In the bowl of a standing mixer fitted with the dough hook, put the water, milk, butter, yeast, and brown sugar. Mix until combined, then let the mixture rest for 10 minutes, or until it begins to foam. Mix in the salt. 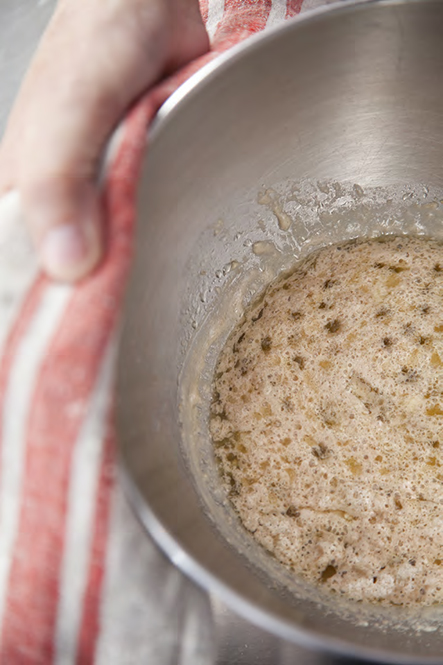 With the mixer on low speed, add 2 cups of the flour
and mix for 1 minute. Continue to add the remaining flour as needed until the dough forms a firm ball that is tacky, not sticky (think about a Post-it note—it’s tacky, not sticky to the touch). Transfer the dough to a mixing bowl. Drizzle the dough ball with the oil and turn it over in the bowl to coat. Cover with plastic wrap and let the dough rise at room temperature for 30 minutes. 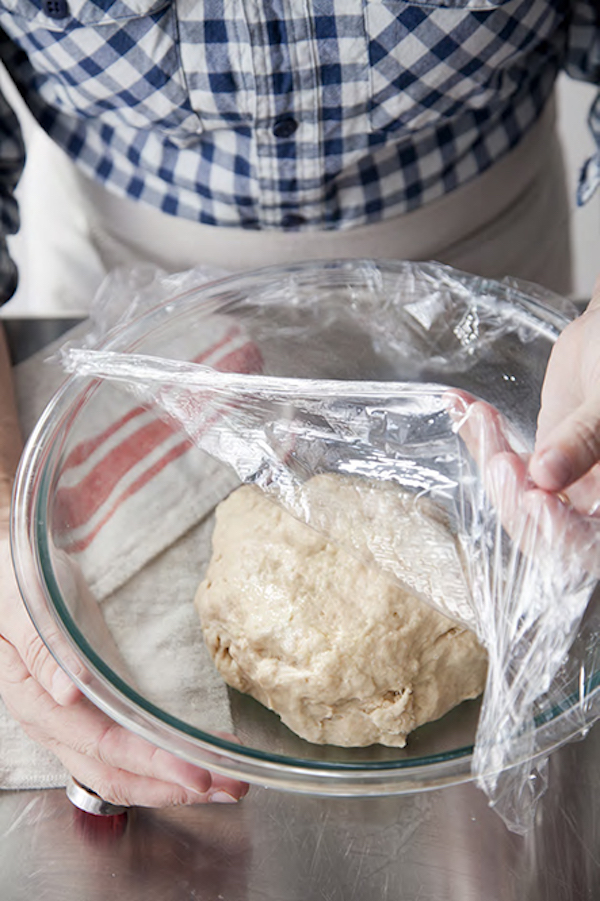 Knead the dough at medium-low speed for 10 minutes, until the dough has a satiny shine and is elastic. Cover the dough and let rise for 1 hour, or until it doubles in size.
At this point, if you would like to make Pretzel Brats see the variation on page 110. 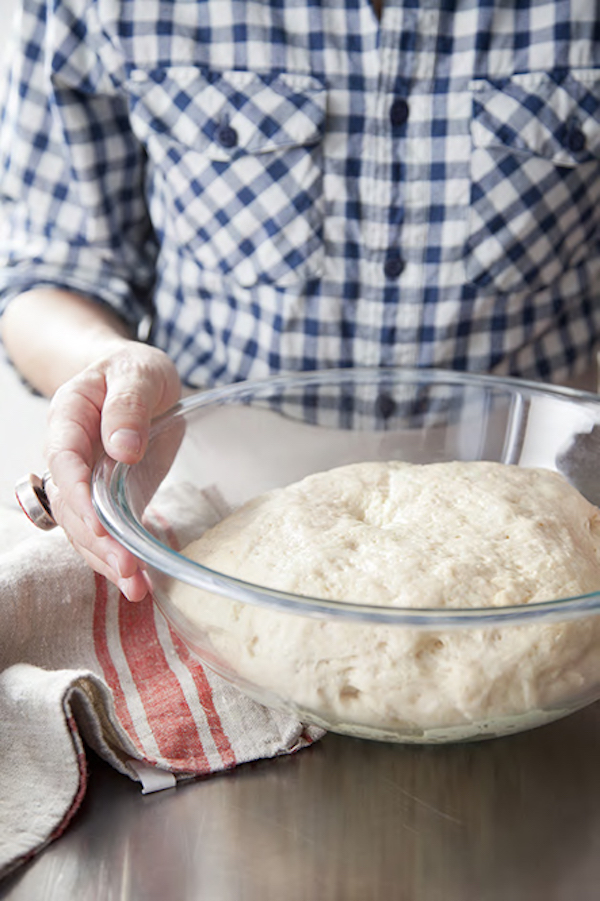 Turn the dough out onto a lightly floured work surface and divide into two equal pieces. Roll each piece between the palms of your hand in a circular motion to form two smooth balls. (If making rolls, divide the dough into twelve equal pieces and form into balls, then continue with the following steps.) 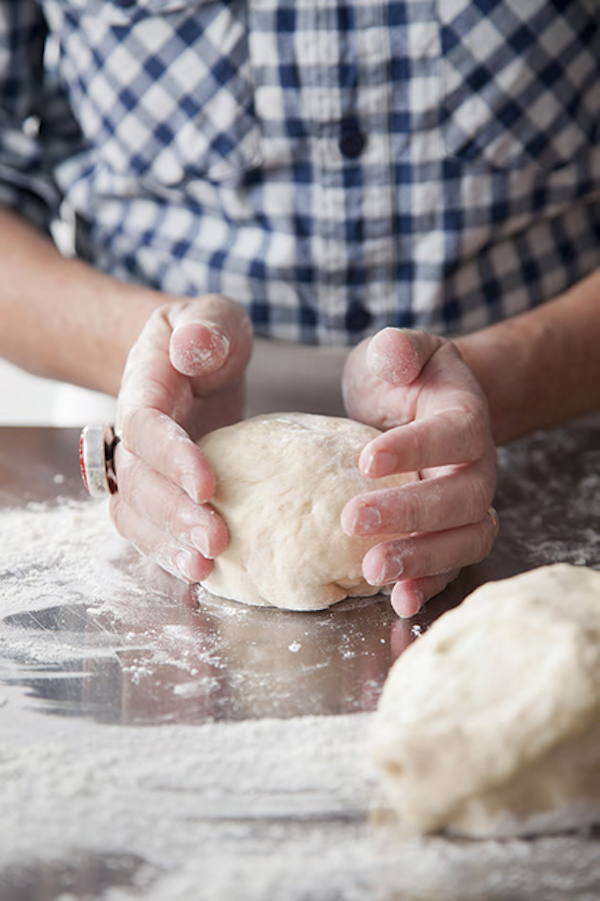 Preheat the oven to 400° F. Line a baking sheet with parchment paper and set aside. In a stockpot, bring 4 quarts water to a boil. Slowly add the baking soda without stirring. 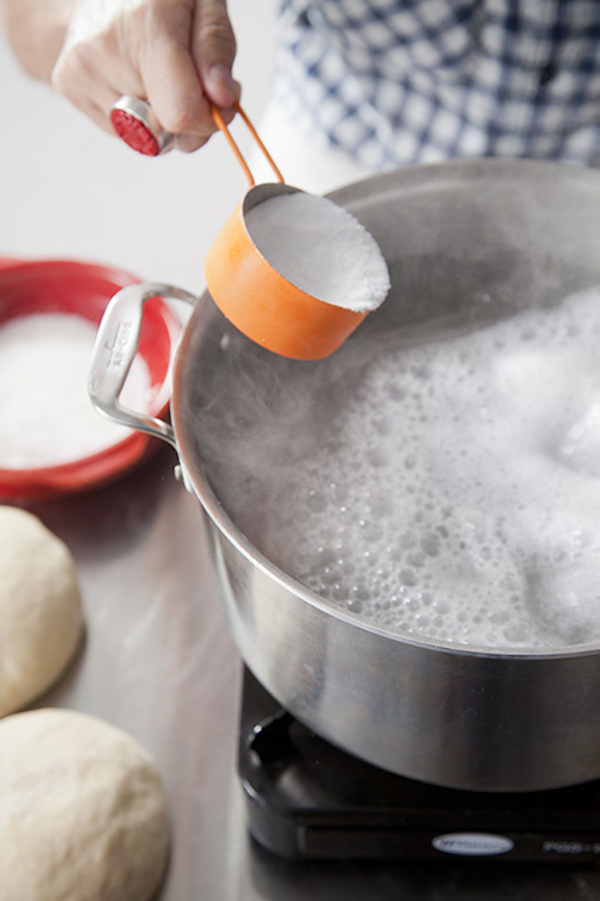 Working with one dough ball at a time, use a large spider or slotted spoon to slowly lower the dough ball into the boiling water. Boil for 30 seconds, turning once to make sure the complete surface of the dough has been covered with water. Remove with the slotted spoon to drain and transfer to the prepared baking sheet. Repeat with the second ball of dough. 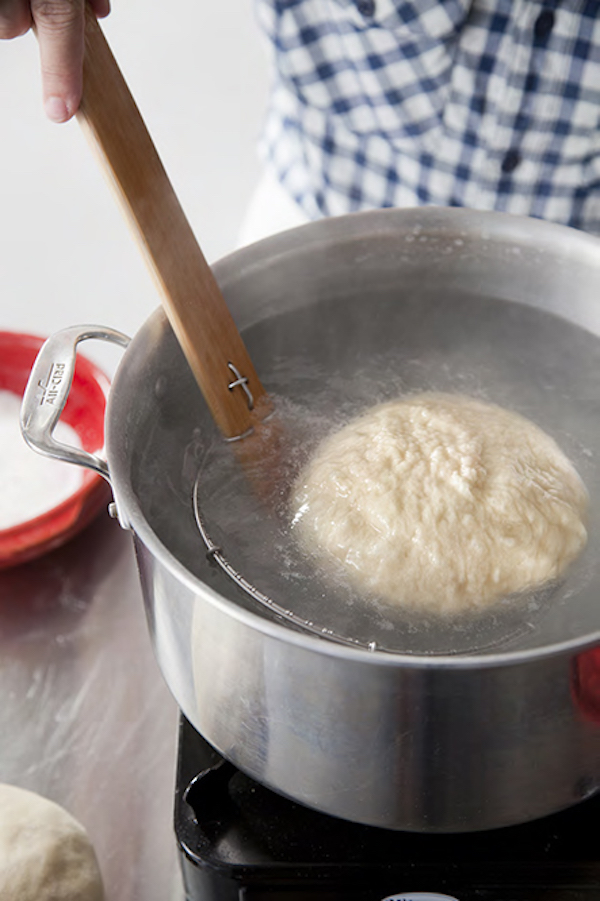 Make a cross in the top of each loaf using a sharp knife or razor. Don’t worry if the dough looks rather ugly at this point; it will pop up and become beautiful during baking. 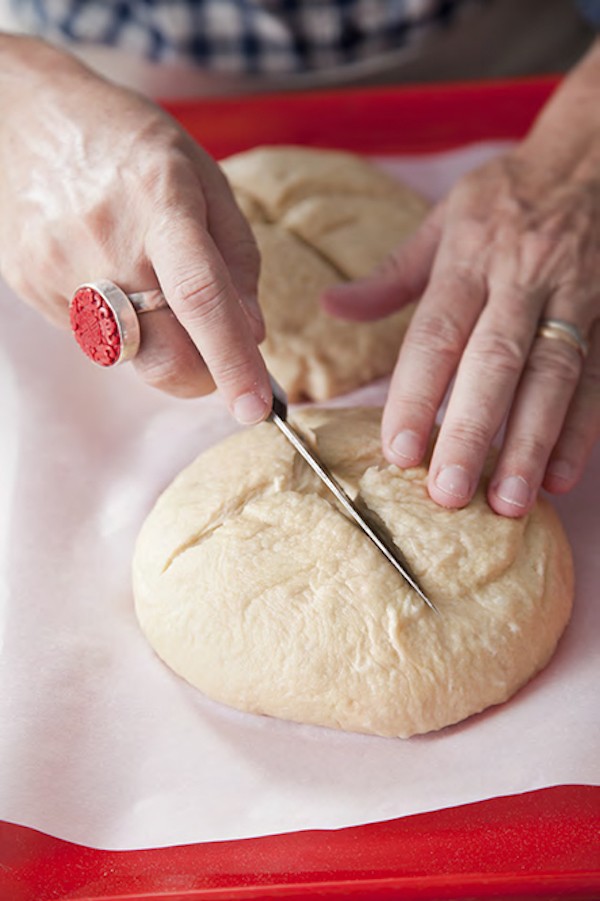 Sprinkle the loaves with salt (kosher, pretzel, or Maldon salt). I like a salty pretzel bread and salt-free pretzel rolls. 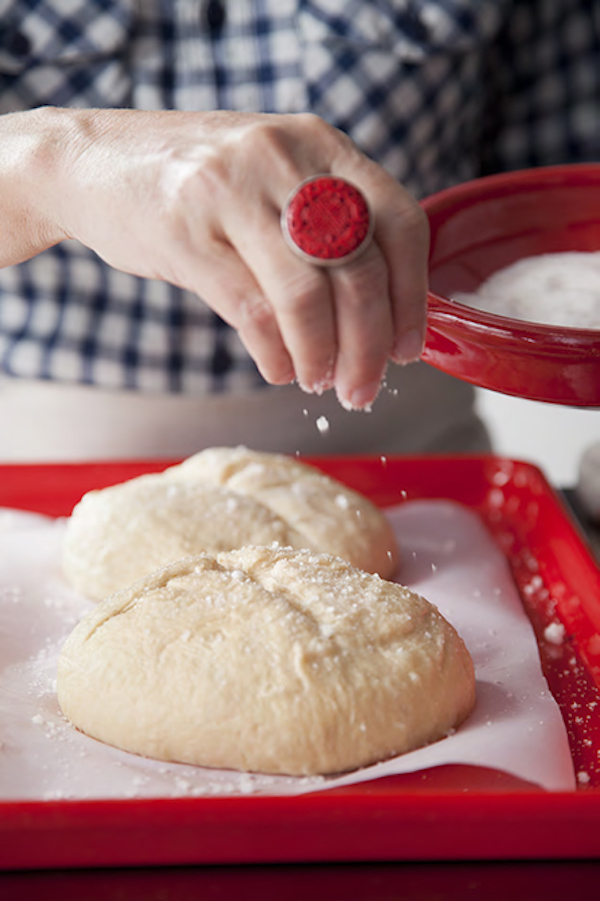 Bake for 25 minutes (15 minutes for rolls), until the loaves are a dark golden brown, turning the baking sheet around once in the middle of the bake time. Let the loaves cool slightly before serving. 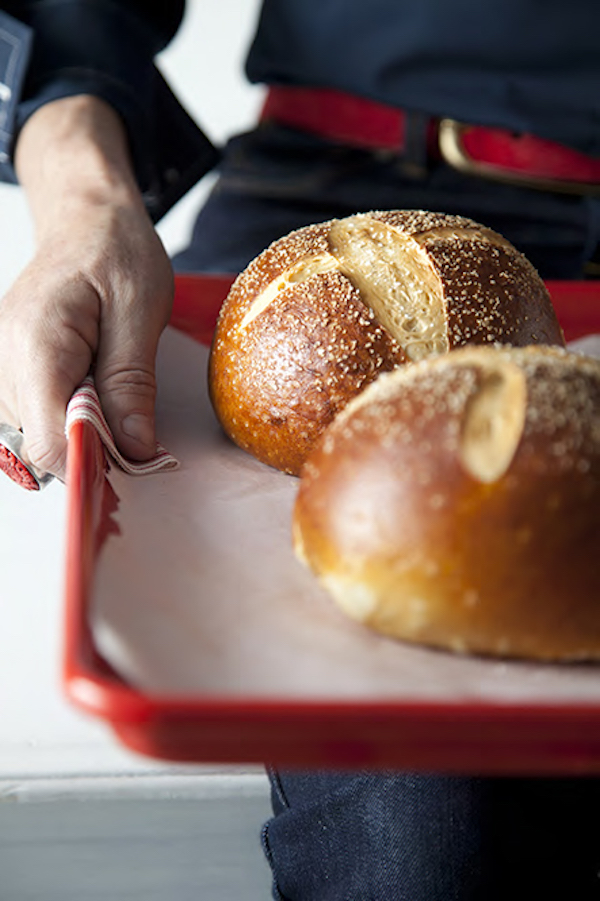 How To, Recipes, Sides, Stories