I’ve been perfecting this pie for as long as I’ve been making it. When I was a child, it won me a third place ribbon at the St. Charles County fair….just a step above the “participant” ribbon. I’ve conviced myself that if I were to enter today’s recipe it would be a blue ribbon winner. 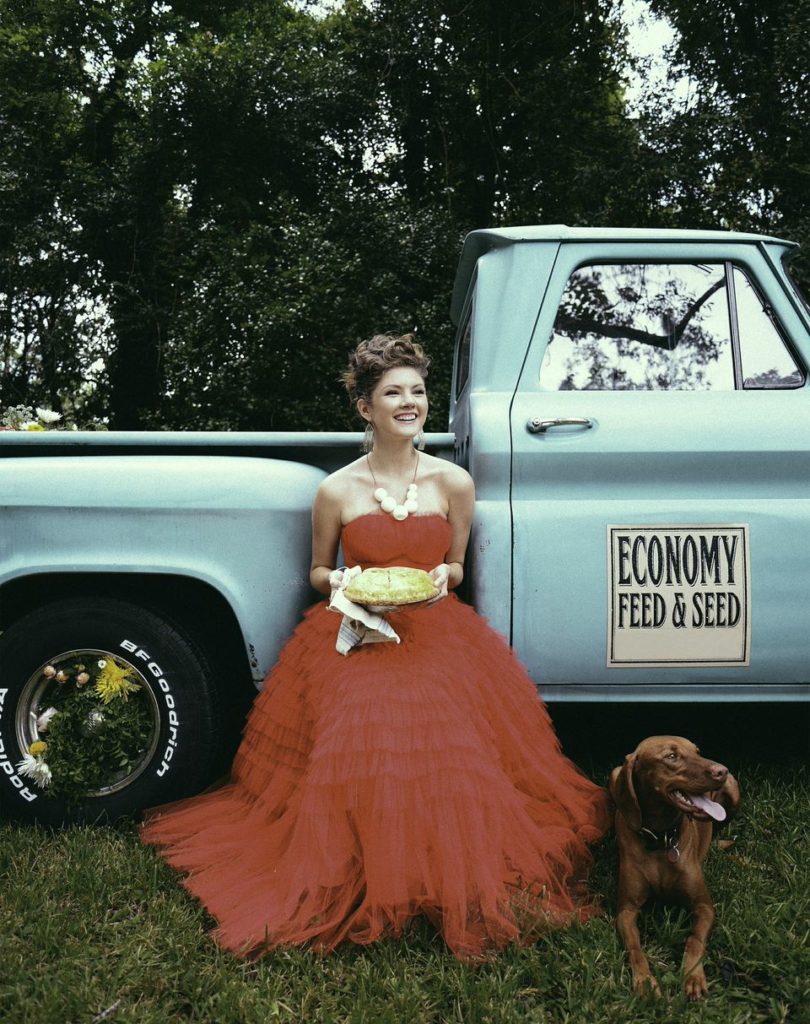 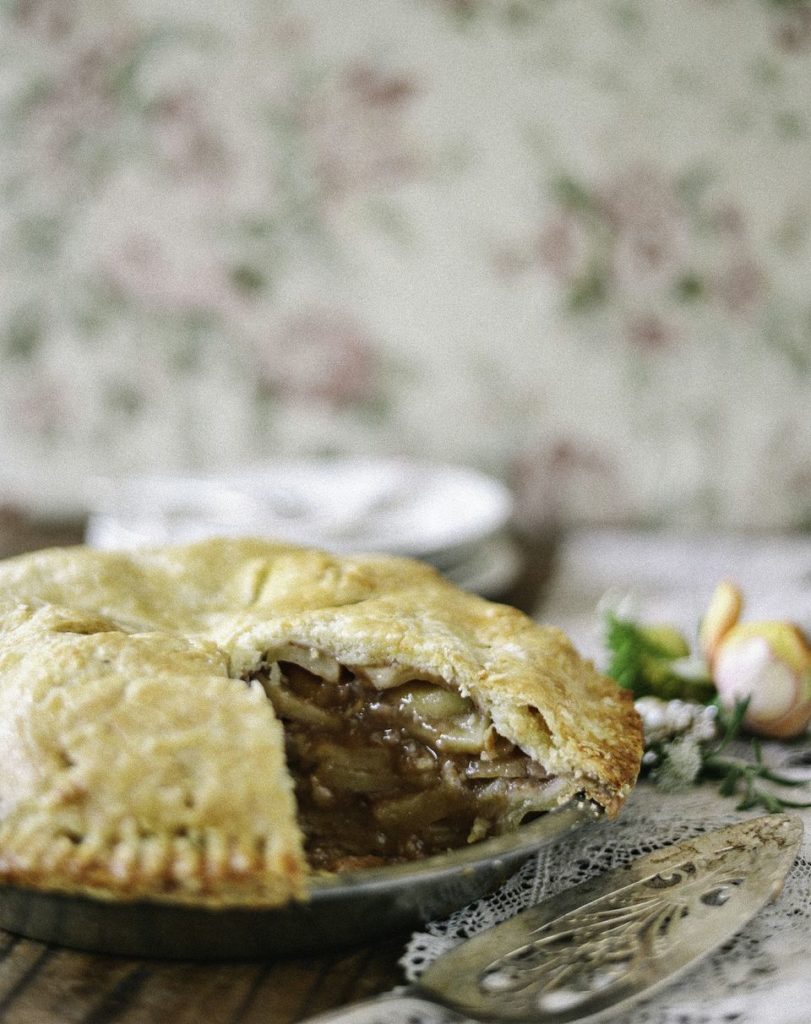 (apple butter and a kick)

In a large mixing bowl, toss the apple slices with the lemon juice and apple butter. In a separate mixing bowl, whisk together the sugar, flour, cinnamon, cloves and cayenne pepper. Sprinkle the dry ingredients over the apples and stir thoroughly. Set aside while rolling out the dough.

On a lightly floured surface, roll out one dough portion and drape over the pie plate being careful not to stretch the dough. Allow the dough to loosely drape over the sides. Fill with apple mixture and dot the top of the apples with butter. Roll out the second disk of dough large enough to drape loosely over the top of the fruit (there should be defined peaks and valleys in the dough). Trim the edges of the dough and turn under at the outer edge of the pie plate rim. Decoratively crimp the edges. Cut slits in the top of the pie to allow steam to escape while the pie is baking. Decorate the pie however you like with any remaining pieces of dough. Brush the pie with the egg wash mixture and set on a baking tray. Bake for 30 minutes. Reduce oven temperature to 350º F and continue to bake until crust is a dark caramel color and the fruit is bubbling around the edges and through the slits in the top (approximately 30 to 35 minutes). Cool 30 minutes before serving.

*To make vanilla sugar place one split vanilla bean in a quart canning jar and fill with 2 cups sugar. Screw the lid on and shake. Allow to sit in your pantry for a week to 10 days before using. Vanilla sugar will hold indefinitely. You can get two rounds of sugar (4 cups) out of one vanilla bean!