By Libbie Summers
Photography by Cedric Smith for Thom Magazine
Shot on location at Alex Raskin Antiques in Savannah, GA

I was 26 when I served my first pavlova to a bunch of Ski Patrol hooligans in Vail, Colorado. It was a ballsy move to serve as the last course of a wild-game heavy dinner to a group of men of whom most would rather wrestle a bear than use a cloth napkin.

I’d seen the recipe in a cookbook by Lee Bailey and thought it was the most beautiful dessert ever created. At the time, I didn’t know that the lack of humidity in Colorado would make it a slam dunk dessert for me, I just wanted to be as cool as that guy, Mr. Bailey, who’s slight body and inviting smile graced the cover of the book. So, macho guests be damned, I made pavlova.

I don’t remember everything about that night –just a few life changing points. I remember a few guests were left on my sofa and elk scraps were left for the dog, but not a crumb of pavlova was left on the dessert platter. I remember I went to bed that night with the cutest and smartest guy at the table –the same guy I make pavlova for today. 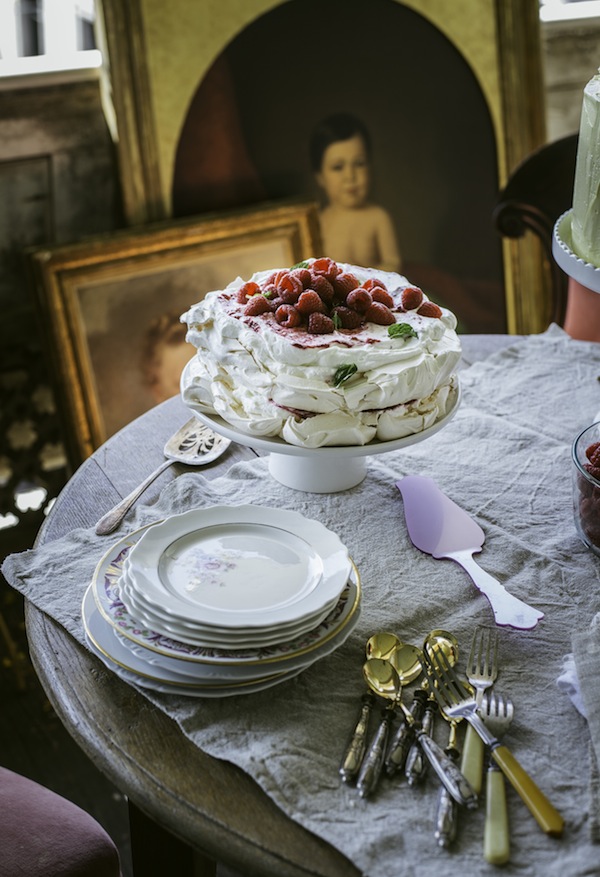 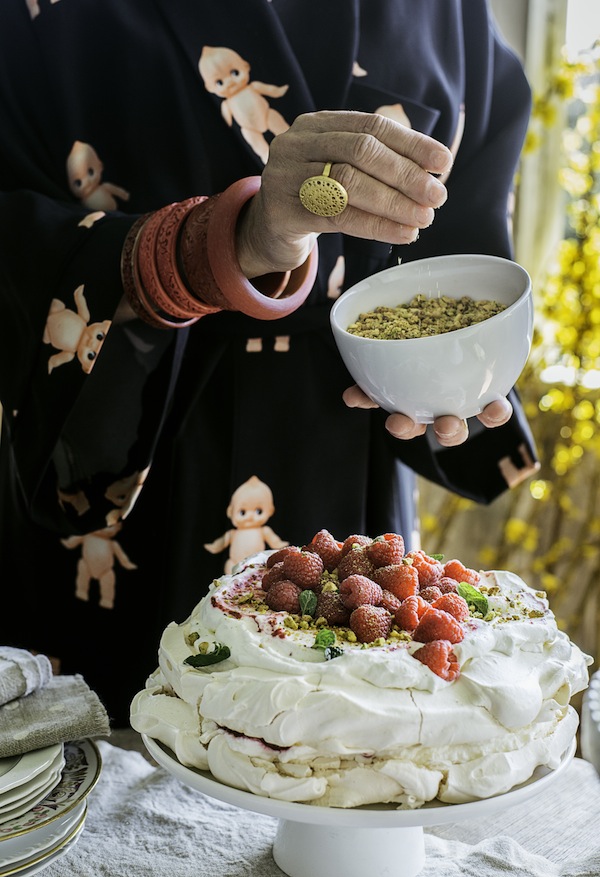 In the bowl of a standing mixer fitted with a whisk attachment, beat the egg whites on medium until they hold soft peaks. With the mixer running, begin adding the sugar a little at a time until it is all incorporated. Increase speed to high and beat until the meringue is very shiny and holds a stiff peak. Beat in the extracts. Remove bowl from mixer and gently fold in the vinegar and cornstarch with a spatula. Divide the meringue evenly between the the two baking sheets with the meringue in the middle of each sheet. Using a spatula, spread the meringue out to an 8-inch circle.

Bake until the outside is dry and is a very pale cream color (about 65-75 minutes). Turn the oven off, leave the door slightly ajar, and let the meringue cool completely in the oven (I let mine cool overnight). The outside will have cracks, but the inside will have a marshmallow consistency.

To Assemble: Place one meringue round on your cake stand. Top with half of the whipped cream and swirl in half of the raspberry puree. Top with the second meringue and repeat. Finish with fresh raspberries, chopped pistachios and a few fly away mint leaves. Serve immediately. 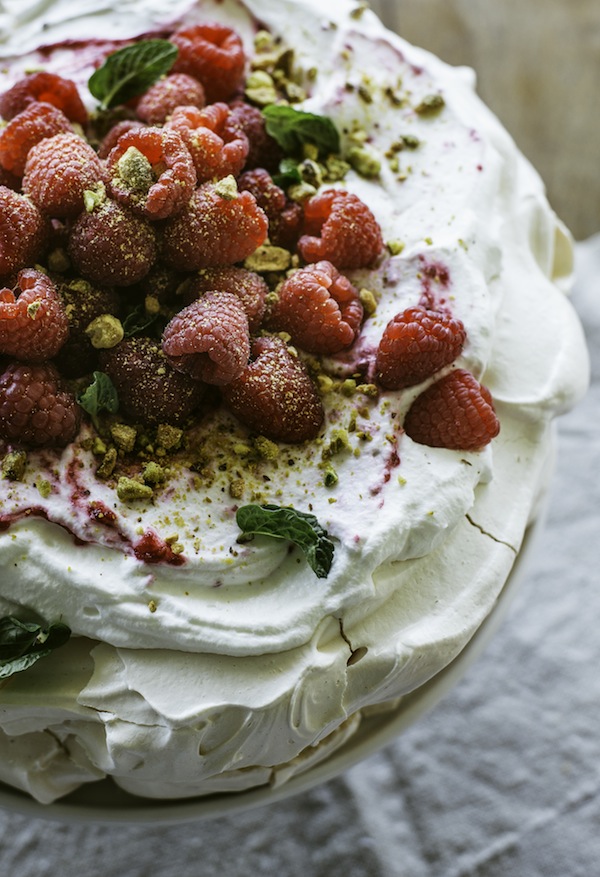 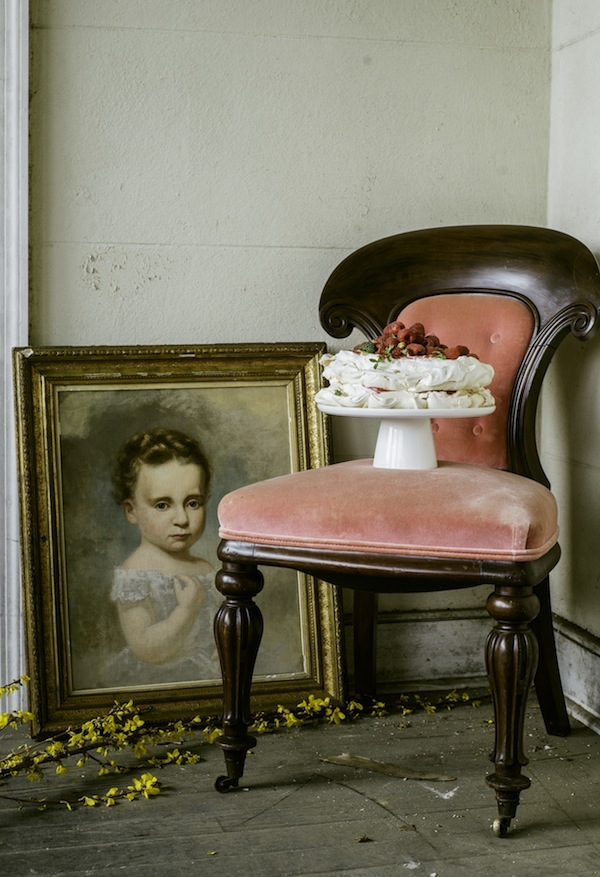