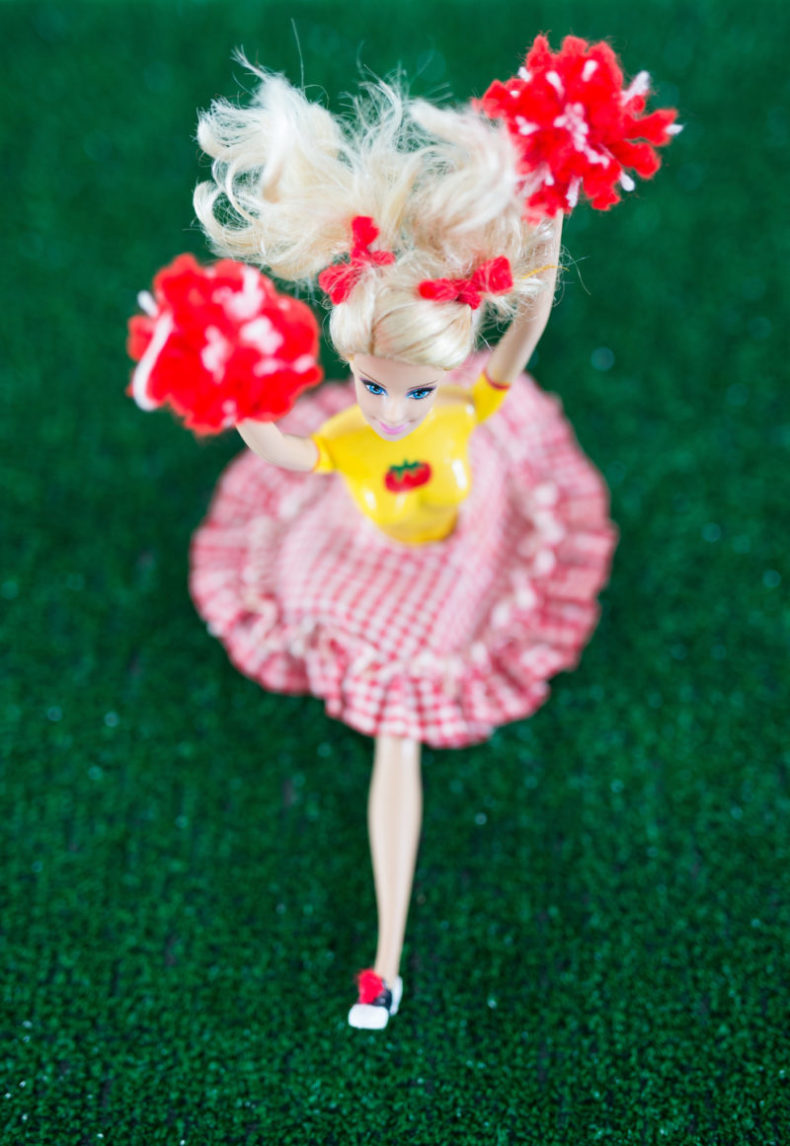 I didn’t think it would be that hard –finding a simple white top and flat shoes for a Barbie Doll. But it was. Because somehow through the years Barbie became a tramp.

You may ask, why is a grown ass woman playing with a Barbie? It’s not really that unusual…at least not for me. This my help explain. My job is creating whimsical food-inspired content for my own brand, A Food-inspired Life, and for other cool companies. This particular day I was building content around summer tomatoes. So naturally one minute I’m thinking about Campbell’s Tomato Soup can labels covering a pig head and then straight to dressing a Barbie up in a cheerleading costume with a red gingham skirt and a tomato emblazoned white top. Her cheering on her team…The Tomatoes. Nope, nothing weird there.

Five minutes on Etsy and I found the perfect skirt, handmade and vintage. Three hours and seven stores later there were no tasteful white tops to be found. No shirts, no sweaters, no nothing. Sure there was everything Barbie would need if she was working a pole. Clothing with colors and cuts that even the McQueen 1996 S/S collection would have thought too suggestive. But where were the wholesome Barbie clothes? A simple shift. A peter pan collar. A shoe that she didn’t need a step ladder to put on.

Under the gun for a scheduled photo shoot and never one to give up on a quest, I sent out a group text to some of my friends who had children of the Barbie playing age.

All this got me thinking. When did this unachievable bombshell of a body that once wore long gowns and beautiful coats start dressing like a Russian prostitute? What the hell happened to Barbie? Where did wholesome Barbie go?

I started researching and it didn’t take long. All was going well with Barbie in the 1960’s and 70’s. She was adorable. All hair bows and high pony’s. Then, I’ll be Desperately Seeking Barbie damned if I didn’t notice a quick turn in 1985. Big hair, shoulder pads, cheap fabrics and crazy lady makeup. Barbie had clearly done her first line of coke. Blow. Crack. Flake. Snow. The signs were there. Aside from a clear lapse in fashion judgement. It was her weight loss and constant dilated pupils that were tell tale.

I wanted to get the true story from the horse’s mouth, but no one can really talk with Barbie. I reached out to her camp and received a canned response from her publicist, Skipper, stating “Barbie would not be doing any interviews at this time.” So I was left to my own mind to create the scenario. I choose to blame it all on Ken.

Ken was an asshole. Clearly gay and leading Barbie on with his chest baring Hawaiian printed shirts and flat front pants. Ken wasn’t being true to himself or Barbie. “No baby, you don’t need to finish college. I’ve given you a dream house. What more do you want.” I could hear him saying. With each sexless night, Barbie started doing more drugs. Her days spent riding around Malibu in her pink Ferrari 360 looking to score. Within my own imagination, I started hating Ken. In Barbie solidarity, I actually started hating all men named Ken.

No, in the end, I never found a white shirt or flat shoes for Barbie, so I painted them. The shirt a happy yellow. And the shoes, that were once a garish glittered purple, were transformed into oxfords with the sweetest of pom-poms adorning the toes. I wasn’t judging Barbie. She with no education and wilting beauty was left to do what so many wonderful women like her do –whatever it takes to feed their children and pay the bills. My goal was to uplift Barbie’s spirits. I wanted her to have a fun day full of smiles, cheers and dreams of a wholesome future where assholes like Ken don’t exist. 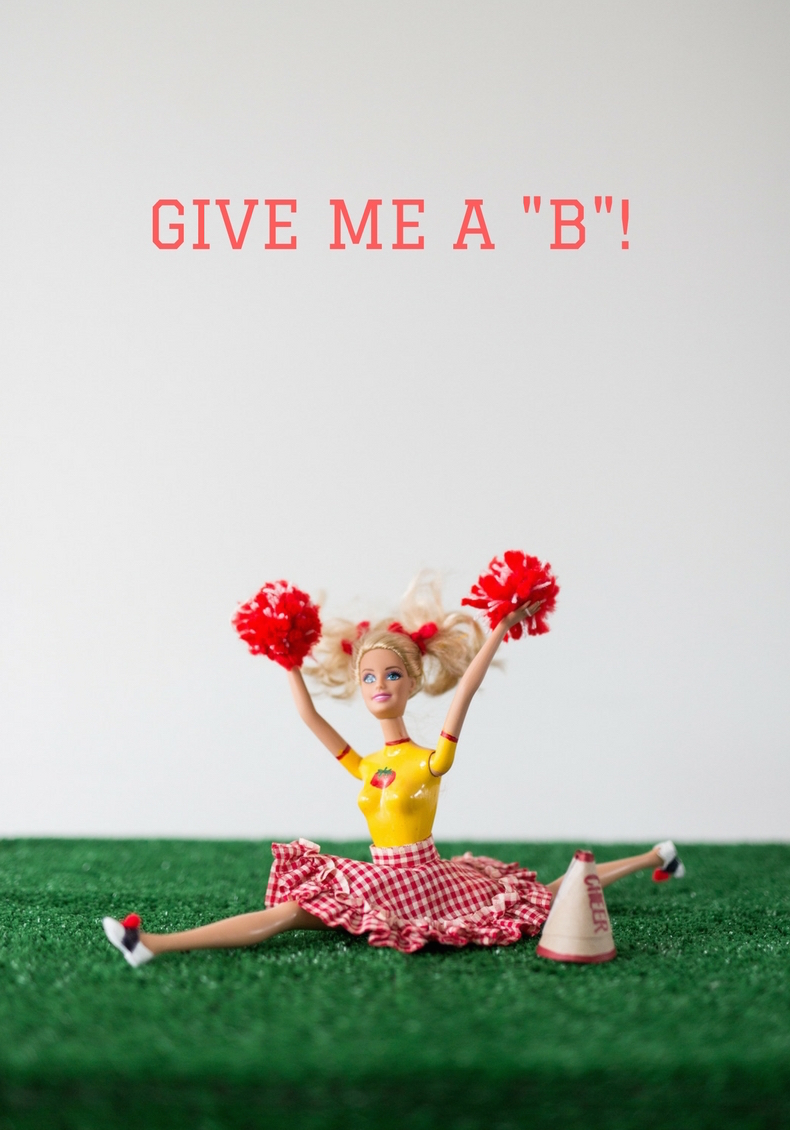 Fashion Disclaimer: When I went to put the vintage gingham skirt on Barbie, I had to snip a few threads to get it over her now Barbdashian butt.